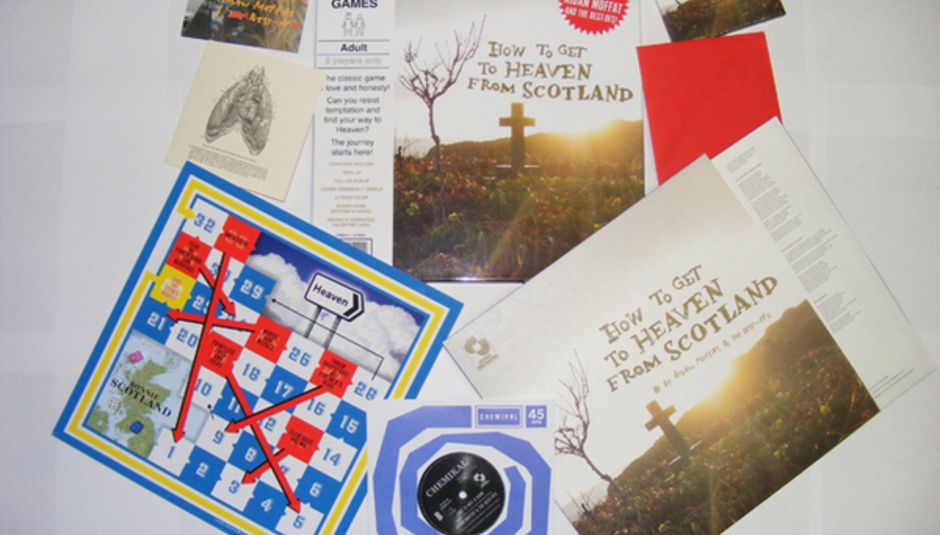 DiSection: Aidan Moffat & The Best Ofs How To Get To Heaven From Scotland track-by-track

DiSection: Aidan Moffat &amp; The Best Ofs How To Get To Heaven From Scotland track-by-track

Aidan Moffat & The Best Ofs have a new record out. It's called How To Get From Heaven From Scotland, it's about lurve, and it's to be released on February 14th as a special Valentine's Day box set.

Included: CD and vinyl versions of the album, a 7" with covers of Sonny and Cher's 'I Got You Babe' and Glen Campbell's 'Love Is Not A Game', a 5 track CD EP featuring 4 alternate versions of album tracks and a bonus track, plus a "How To Get To Heaven From Scotland" board game (play online here) and a Valentine's Card personally signed and numbered by Aidan himself.

"The perfect Valentine's Day gift for a loved one," concludes its author.