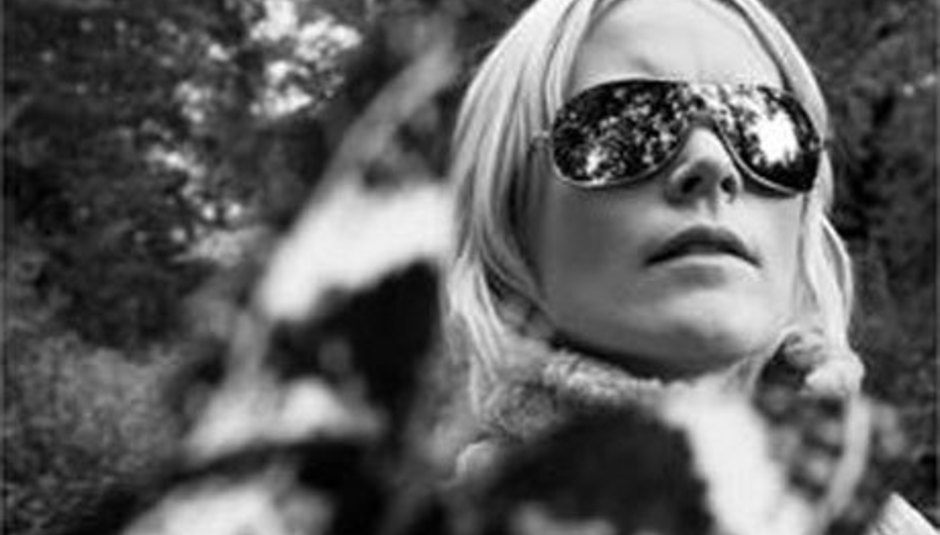 Karin Dreijer Andersson is fond of masks. As one half of brother/sister duo The Knife, she has famously carried out entire interviews with her face hidden, and in the video for her new solo project Fever Ray, Andersson's face is barely visible beneath a painted UV skull.

DiS: So who is it we hear singing on her spine-tingling and macabre new track 'If I Had A Heart'? Is it Karin, or is Fever Ray a character with a life of it's own?

Karin: Fever Ray is under construction, I'm still finding out what kind of character it is... the initial part of it is still in the process. I don't know if you ever come to a conclusion. Like The Knife, that's been changing, our masks and disguises change. I'm still working on Fever Ray as well."_

But there are also elements of autobiography in both The Knife and Fever Ray.

K: It's fun to put everyday subjects into the lyrics. The music and my performances often go very far in various directions, so I think it's fun to insert phrases like 'dishwasher tablets', it's a good way to stay in reality and not lose yourself totally. I don't think I should - I try to keep my everyday self in there too.

But references to domestic familiarity aside, Fever Ray continues the themes of isolation and loneliness that were central to The Knife's Silent Shout.

K: It's an amusing way to work when you have a contrast between the sound, which can be very cold and dark, to put stuff in the lyrics that collides with that. I worked this way on Silent Shout, but Fever Ray is of course more personal - I didn't have to discuss lyrics or talk about them to anybody else.

Another part of Fever Ray's construction is the visual world that surrounds the music. The video is a cinematic mini-epic, featuring torch-bearing boats gliding through fog over black mirrors of water. But no matter how accomplished, the visuals are always secondary to writing process.

K: I try to keep the visuals out of the musical process for as long as possible. I think music is very abstract in comparison to images. I like music to have it's own life first and then later on when I'm done I start to work with people on the visual part of it. The artwork, the videos, that all comes later

Karin and the video's director, Andreas Nilsson, used the film Dead Man, a beautiful and powerful existential Western by US director Jim Jarmusch, as one of their key reference points for the look of Fever Ray.

K: Dead Man was important - both the physical and mental environment. It was very inspiring. Andreas wanted to include these kinds of primitive and primal characters in the video. He is also working on the appearance of the live show. We still have a lot of work to do. It won't be as high tech, everything had to happen in the right second with The Knife show. This is will be more of a collision of analogue and digital technologies than The Knife.

As a reaction to online piracy, the self-titled Fever Ray album is already available to buy digitally at Kliktrak despite a March street date. Karin explains:

K: We released it digitally at the same time as we sent it out for review. Everything happens very fast now. In the US there are hardly any physical sales now, and it will probably happen here too."

Making a living from music is becoming more problematic even for established artists, giving rise to compromises that worry Andersson. She says:

K: Many artists are starting to work within the commercial industry. It's sad. I think as an artist, when you realise you won't make money from record sales, you need to find other ways to get paid, and many artists sell their music to adverts and commercials. But I think music is an art form that you should not interfere with in this way. You should let it be what it is, free from those concerns.

Fever Ray is available to buy digitally now at Kliktrak, and on CD from March 23rd. And the cover looks like this: