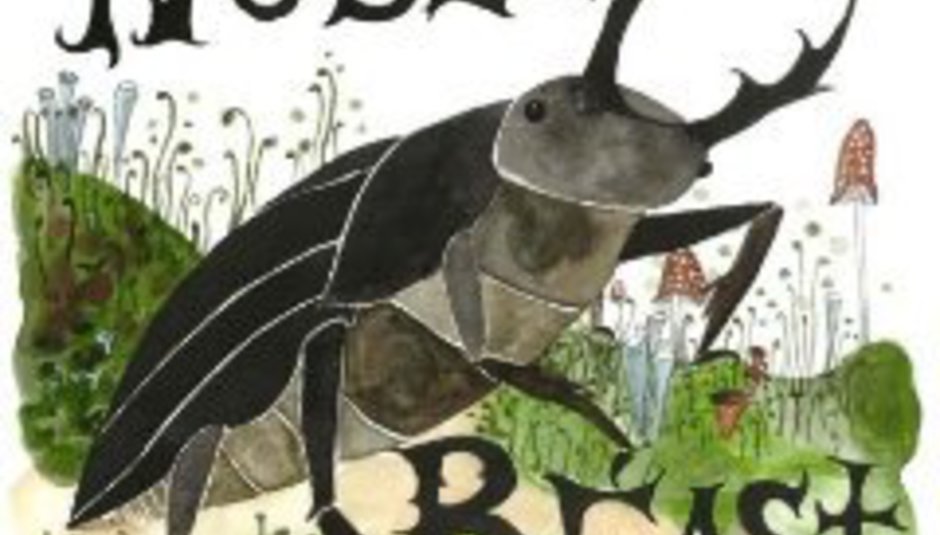 Andrew Bird released one of DiS' albums of 2007 in the shape of the wonderful Armchair Apocrypha. He's back with a new one, Noble Beast - his first for Bella Union - and we asked him to take us through the collection, track-by-track style. He duly obliged, and also offered this little snippet about the record's title:

"It just kept creeping into my head in late summer. What makes one beast more noble than another. The upright posture of a horse vs. the guilty skulk of a raccoon. One must intone Noble Beast in the voice of David Attenborough from the Planet Earth series."

Inspired by the sweet, mournful cry of a four-year-old boy sitting behind me on an airplane. His dread was so utterly complete. I found myself envying his emotional abandon and tracing the musical cadence of his wail as he cried “Oh no”. I suppose we’re talking about repression here. We can’t all behave like four-year-olds but must we be emotionally frozen? So let us lock arms as the harmless sort of sociopath and all sing in together.

Continuing the idea of another consciousness beneath our skin. “They took me to the hospital / Put my body through a scan / What they saw there would impress them all / For inside me grows a man / Who speaks with perfect diction as he orders my eviction as he acts with more conviction than I”. I wrote this after I got food poisoning in the Rocky Mountains. I was impressed by the body’s override function. It knows what must be done. This then connects to groups or swarms of birds, fish or insects that seem to move as one with their own surface tension. Nature’s brain.

The operative word here is “flail”. Put away the china and just go berserk. It helps with blood flow and confusing predators. The song goes from catastrophic forces of nature: violent storms, earthquakes, volcanic eruptions to internal turmoil. Night terrors brought on by ingestion of hallucinogenic aubergines. Talks about language and how we must sew our own coats and not depend on old definitions: a theme readdressed in the song 'Nomenclature'.

This song is dedicated to the guy at the end of the bar who makes inappropriate, unsolicited comments that make everyone uneasy. He has spent so much time alone reading sci-fi novels and having internal conversations he has forgotten how to engage. He needs human contact and that’s why he is there, but spends his time making somewhat X-rated medieval fantasy-art sketches of the bartenders. I think he makes us so uneasy because he shows us what we could become. The part of the song about burning effigies is a bit harder to explain. I suppose I'm saying it may appear to be a useless exercise. That such public display may only be effective as an insect repellant. Or to inspire us to remark sarcastically "Wow, that guy is smoking two cigarettes instead of one"

This is an odd one. Definitely not a story song, but one that tries to create a sense of tenuousness with syntax. The word “tenuousness” itself is clearly onomatopoeic, like a frayed rope bridge. Traveling the world for most of a year tends to make me amazed that things hang together as well as they do considering how divisive and chaotic even the smallest countries can get. And knowing that everything is connected and propped up by imaginary things like, oh, credit for instance. Is there order in the universe? What’s to keep this planet from spinning off its axis to be lost?

Language is dead. Long live language. I'm not sure if this is mourning or celebrating the dilution of words. Either way, “nomenclature” is a great word and needed to be a song.

This is the last song I wrote for this record. It was a Dosh instrumental track that I really loved called 'First Impossible'. I wrote these lyrics and wrestled with over a hundred tracks we painted on then peeled away with a heat gun. You could read this as a protest song, a break up song or some vague geopolitical quagmire instantly resolved by a brilliant algorithm.

The Texas Salamander ekes out an isolated, eyeless existence in a cave in Mexico. Sea Anenomies, so liquid and malleable, take the shape of an enclosed space. Can we evolve within our own lifetimes certain appendages that help us do our jobs and get through the day? At what cost?

This may be my favourite. Everything I was hoping to get with this record: a simple, sweet melody, interwoven rich acoustic textures and some words that don't screw it all up - about everyday natural disasters, from the "Rage of Niagara" to decomposition on the forest floor. I think of when I was seven, throwing myself face down on a pile of steaming mulch with my Sherlock Holmes magnifying glass and pretending to be microscopic.

A re-imagining of an old song called 'The Confession' which first appeared on Oh! The Grandeur. My old drummer Kevin encouraged me to resurrect it but this time as a pop song instead of sleepy jazz ballad. So we recorded the vocals and guitar and sent the song to Stockholm to be completed by the band Loney Dear. They are great, one of my favourites. It became sort of a sad-but-things-are-looking-up, choral, anthemic indie-ABBA with more depth thing. The song is from the point of view of someone who is tired of being marketed to or psycho-babbled at.

This one remains mysterious to me. So let’s just leave it there.