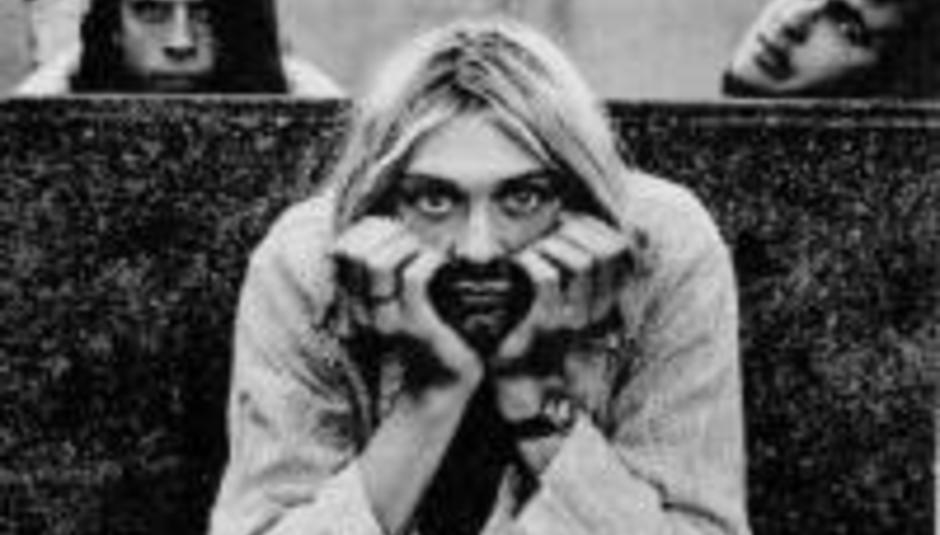 With Foo Fighters about to Do A Muse and rock Wembley for two consecutive nights – on June 6 and 7 – DiS is delving once more into our past, personal and professional (we did this with Björk, remember?), to dig around the roots of the band that made the stadium-filling megastars what they are today: Nirvana.

Nobody needs the whole Nirvana story telling again – there are more than enough books available on the subject – so we’ll skip on all but the essential details, which are: band, at its core vocalist/guitarist Kurt Cobain and bassist Krist Novoselic, forms before settling on the name Nirvana in 1988; band records debut album for very little money and releases it through influential label Sub Pop; band gets picked up by Geffen for commercial breakthrough sophomore, settling on permanent drummer Dave Grohl after toying with hired hands after the departure of founder Chad Channing; commercial breakthrough sophomore makes band one of the biggest bands in the world; singer freaks out, marries another vocalist with problems, has child, continues to have personal problems; band releases third album to great critical acclaim; third album addresses the conflict of new-found fame versus punk-rock integrity; singer commits suicide before band tours third album in UK, on April 5, 1994.

Dave Grohl formed Foo Fighters in 1995, and the band’s self-titled debut album was released the same year. The drummer had begun to display his own songwriting skills while in Nirvana, but now fronting his own band his abilities reached a far wider audience. That audience is now big enough to fill Wembley for two nights. Good work, Grohl.

To celebrate this achievement, we’re presenting our Top Ten Nirvana tracks, from across the band’s limited, but hugely influential, back catalogue.

Drums that sound like they’re fighting a losing battle against an earthquake, Cobain squealing like a little pig trapped under the wheels of a Hummer, and the sort of frenzied fret mangling that would later characterise In Utero’s finest tracks. A great departure from the polish of Nevermind, released on the outtakes/sessions compilation that followed a year after the band’s breakthrough.

A scrappy, In Utero-era thrash-about recorded in 1992 by Barrett Jones, producer of Foo Fighters, and later polished by Adam Kasper (who also worked on Foo Fighters LPs) for release on 2004’s With The Lights Out boxset. The single – a split with The Jesus Lizard’s ‘Puss’, peaked at 12 on the UK singles chart.

A highlight of Nevermind even after so very many plays, sinister of tone when wedged between the breezy pop-infected offerings ‘Drain You’ and ‘Stay Away’ on its parent LP. The line “I still smell her on you” is both subtle of touch and graphic of delivery, and the song’s atmosphere of paranoia, of distrust and anxiety, was the perfect full stop to Cobain’s writing about ex-lover Tobi Vail (of Bikini Kill) before he fell for Hole’s Courtney Love.

A chink of light through the heavy storm clouds of In Utero, probably best remembered in its Unplugged guise (a posthumous collection was released in November 1994, seven months after Cobain’s suicide), which can be seen below. Simple of lyric, it’s a total sing-along (which entered the UK top 40 on release), exhibiting Cobain’s pop sensibilities at a time when his world was, quite clearly, beginning to unravel about him.

Available on Incesticide but initially released in the UK as a b-side to smash hit ‘Smells Like Teen Spirit’ (although the two versions differ, the former a BBC session recording), ‘Aneurysm’ was a live favourite rightly voted amongst its makers’ best-ever songs in a 2000 BBC poll. A live version was released as a promo CD, with an accompanying video, in 1996 to mark the release of live LP From The Muddy Banks Of The Wishkah_.

It was always going to feature in this top ten, somewhere. ‘Smells Like Teen Spirit’ is the band’s most successful single, and catapulted them into the limelight. Its video dominated MTV, it sent Nevermind to the top of the Billboard chart in the US, and tuned millions of kids around the world into ‘alternative’ music like never before. The industry truly would never be the same again. It’s one of the few Nirvana songs to be credited to all three members on a writing front.

For those opening drums, for the crunching, grinding riffs, for Cobain croaking like a man absolutely on the edge; for Steve Albini’s lack of spit and polish, for the wail of “Get Aaaaaway”, for the line “I lie in the soil and fertilise mushrooms”; for every bit of brilliance bizarre or bombastically bedazzling in this song, DiS offers several thumbs up.

‘Smells Like Teen Spirit’ might get a raw deal in rock clubs from those who’ve heard it a shade too many times (and can’t bear the bouncing babies littering the dancefloor, punching the air to a song they weren’t even born in time to see released), but The Other Hit from Nevermind (number 11 in the UK) is a wonderfully ‘dumb’ sing-along (lyrically it may be to do with bi-polar disorder) that received such a treatment at the 1992 Reading Festival. It’s probably the most fun Nirvana song on this top ten, and certainly feels pretty light hearted even beside surrounding Nevermind album tracks.

In Utero’s opening song, with the opening line: “Teenage angst has paid off well, now I’m bored and old”. Never was there a more obvious indication that Nirvana’s third albums was defiantly not another Nevermind. The verses hit harder than the song’s chorus, reversing the band’s usual style, and the lyrics tackle not only Cobain’s disillusionment with fame but also his blossoming relationship with Love and the press treatment the pair were receiving, and his fractured communication with his father. It’s perhaps the best opening song on a truly magnificent album, ever.

Reaching number five on the UK singles chart, ‘Heart Shaped Box’ is the DiS office’s preferred Nirvana standalone; it might have been tweaked after Albini’s original production by REM collaborator Scott Lit, but this is still a raw affair with an iconic video from Control director Anton Corbijn. The clip won two awards at 1994’s MTV Video bash, after Cobain’s death; Grohl, Novoselic and Pat Smear (later of Foo Fighters), who’d played second guitar at late-period Nirvana live appearances. Fifteen years after its release, still the song strikes a chord.

DiScuss: Fill in the blanks, readers… what are your favourite-ever Nirvana songs? Did you ever think Foo Fighters would become the stadium-playing act they are today after hearing that 1995 self-titled LP? Are you off to Wembley? Will you buy me a souvenir?