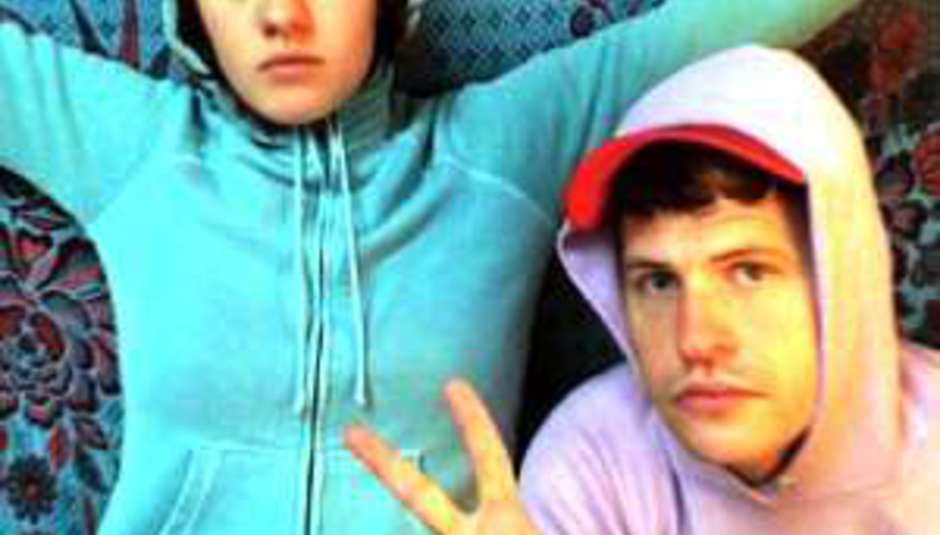 Apologies for not delivering a five-pack of new bands to investigate last month – DiS was busy jetting off to festivals abroad, and we rather neglected to leave the keys under a plantpot for our neighbours to come by and set this piece live. Still, a month later and these bands are still ticking boxes: check them out at your earliest convenience. How To Swim
A rabid disease of instrumentation, How To Swim are worlds apart from the linear indie-pop-picking that’s scuffled out from Glasgow’s mean streets of late. The stage-bulging ten-piece pull together demented swamps of brass, percussion and epileptic strums to create the exhilarating atmospherics of a filth-ridden bar room brawl. Central to this wild-eyed tankard-swaying is vocalist Ink Wilson, a man who crows with such rasp it’s as if he’s been incarcerated in a dank, stinking hovel with only Waits’ Rain Dogs for company. Almost impossible to pin down, previous output has run the gamut from grave-rotting voodooism to stickleback guitar jangling, and with a new album verging on the horizon expect yet more inane sonic explorations from this ravenous ensemble in the near future. BH
MySpace High Places
Brooklyn has been in on the secret that is two-piece High Places for a while now, but the rest of us are starting to catch on. Thanks to a web-only compilation of their wriggly, polyrhythmic and hypnotisingly distinctive pop, Rob Barber and Mary Pearson are creating a stir, filling a void in Brooklyn’s scene with their wobbly and sweet pop songs. It's an endearing mix; strange sounds and liquid textures pulsating beneath Mary’s vocals. One of their songs is called 'Banana Slugs' (amazing title!) and that's pretty much how they sound, if you catch my drift. They’re brimming with ideas and thankfully have found time to put them on an album – it’s set for release in the second half of the year. RMacF
MySpace Maybeshewill
Fans of Mogwai and 65daysofstatic: stop what you’re doing immediately and order a copy of Leicester four-piece Maybeshewill’s debut album, Not For Want Of Trying. It might just be your album of the year, combining effortlessly as it does the click-click glitches of the latter with the blazing towers of amplified aggression occasionally wheeled out by the former. Granted, little the band produce is entirely original, but who cares when it grabs the listener by the tender bits that few bands can reach and proceeds to slam them into a wall until resistance is completely beaten. Power overcomes the need to plough a singular furrow, and the result is an LP that makes an immediately impressive impact – its title track could be easily summarised as incredible, and while they’re a bit fond of stupid song names – ‘Paris Hilton Sex Tape’, really? – some needs to get a copy of Maybeshewill’s debut to Robert Smith right away, before he books The Cure’s next world tour. They’ve the potential to become a domestic instrumental act that truly matters over the next twelve months.
MySpace The 1900s
From something to burn the soul to a band to sooth it: Chicago’s The 1900s craft delicately charming indie-folk arrangements that aren’t so far from the pleasingly summery tones of Camera Obscura and Belle & Sebastian. Only they’re not Scottish, obviously. And there’s a little Fleetwood Mac in there, too. The band’s debut album, Cold & Kind, is forthcoming on Parasol and is reviewed here, DiS’s Dan Gavin stating it is “meticulously arranged without seeming over-thought, carefully restrained without compromising on emotion, and, crucially, demonstrates an excellent grasp of folky pop at its life-affirming best”. It sounds like the sort of record that’ll get picked up at a later date by a larger label and brought to a wider audience, with critics desperate to claim they ‘discovered’ the band before anyone else – it’s simply too delicious not to be taken to a higher level. Get in early, eh?
MySpace My Sad Captains
This month’s round-up of the latest acts to tickle our fancy concludes with a band that’s been around a while, but is only now finding its feet proper and making tracks in the right direction. My Sad Captains echo the work of Fanfarlo somewhat, and that’s understandable as they share members; like the songs of said sibling combo theirs are tender and melancholic, yet strangely triumphant too. Think: Yo La Tengo’s indie-pop savvy, Pavement at their sweetest, and a touch of Broken Social Scene. Their recent double-A single ‘Great Expectations’ and ‘All Hat And No Plans’ received the DiS seal of approval upon its release in March; so impressed were we, in fact, that the five-piece were immediately asked to perform at our monthly DiScover Club. They said yes, so catch them spreading their love at the Notting Hill Arts Club on July 12, alongside Redjetson and Kyte. Details, here.
MySpace

That’s us, spent, for another month. Come back in July, yeah, for more new bands? Thanks!