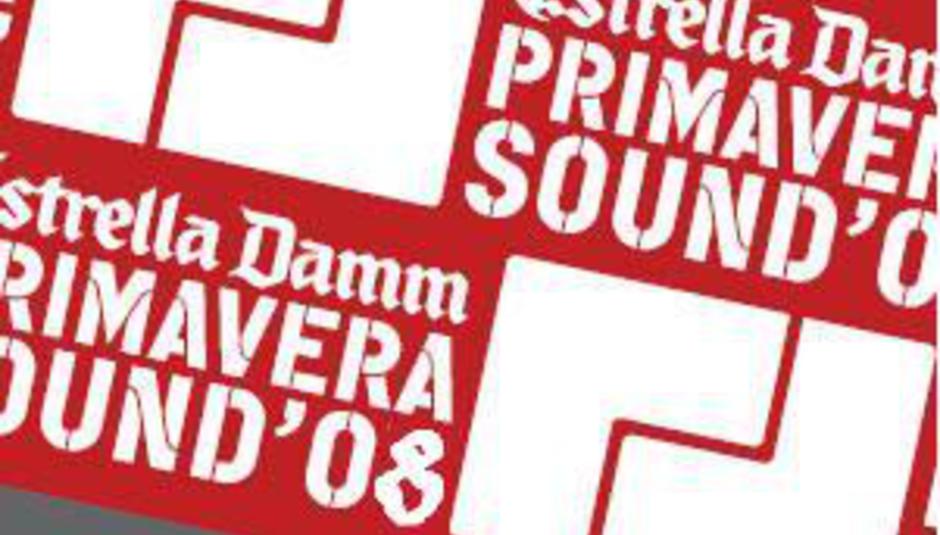 Seriously, have you seen the bill (click for a handy pdf) for this year’s Primavera Sound? It’s incredible, and DiS is super chuffed that we’re not only media partners with the Barcelona-based festival for a second year, but also that a crack team of DiS DJs will close the festival on Sunday, June 1 with a set at the Apolo.

But before then: so very much to see. Indeed, so many great bands are there that you might want a few ‘go see these guys’ pointers. Five of our favourites, below.

We’re going to assume you’re not too inebriated by this point; if you are feeling ropey, please do not see HEALTH. They will fuck your insides right out of you, all over the Parc del Forum. Splatter-splat, blergh. This is music made physical, a wrestling match between four dudes and rhythm that dares to buck itself free of shackles; it’s made for dancing, slamming, leaping to, for pretend fistfights with best friends while you spill beer on each other; it’s for lovers, not haters, kids who wouldn’t throw stones whatever house they were in. House music? Yeah, they like that too – check out the //DISCO album. After you’ve got your sweat on at Primavera that is.

What could be better than meeting the midnight hour beside the Mediterranean with Japanese doom-cum-sludge punk-rocking noise terrorists Boris? Very, very little. Expect to hear tracks from the band’s recently released Smile album – oh, to have a fool muddle it up with Brian Wilson’s record of the same name, and for them to then shit themselves when they hear what they’ve mistakenly let themselves in for – alongside catalogue favourites (and they’ve plenty to choose from). If DiS gets a little Pink (review) on the night, expect us to be headbanging ‘til our noses bleed.

Why?’s latest LP Alopecia (review) is a firm favourite around these parts and a definite contender for our album of the year at this early stage (although with May not even behind us it’d be wrong to leap to the conclusion that it will top the list). Live, we’ve not seen Yoni Wolf and company for some time – although they’re playing London next week for those not heading to Primavera – so this set is sure to be attended with hopes high for a performance that accurately presents the magic of the group’s LPs to date, especially their most recent opus. Hip-hopped folk-rock indie singer-songwriter somethings, the wonderful genre-twisting nature of Why? songs ensures that nobody witnessing the band is not going to be left with at least one standout moment amongst what’ll be many for DiS.

Video: Why?, ‘Song of the Sad Assassin’

It’s going to be weird seeing and hearing London- and Berlin-based Australians Devastations during daylight hours; their music is the sort that’s best digested at night, under the stars, a bottle of something by your side and a phone number on your mobile that you’re but a depressed thumb away from calling, a broken heart not quite able to muster the energy to do so. They’re compared to The Bad Seeds often, and it’s easy to hear why, although Devastations’ take on blues-hued rock of a truly tumultuous nature is a more naked beast, deprived embellishment as rawness conveys their deep emotions so much truer. Expect to by hypnotised into swaying along with their tales grizzly and luscious.

Simian Mobile Disco _ Playing Saturday May 31, Rockdelux, 3.35am (Sunday am)_

The last band to play the Rockdelux stage at this year’s Primavera Sound, SMD are our pick to end the night on (although we’ll be swinging by Apparat too), as their arms-aloft good times are sure to bring festivities to a banging climax in the best possible fashion. The Londoners, James and James, will assemble their array of retro machinery on their central stage before unleashing a sensory assault of high-BMP anthems from their Attack Decay Sustain Release LP (review) guaranteed to get bums off seats. If there are any seats nearby. There probably aren’t. Enjoy.