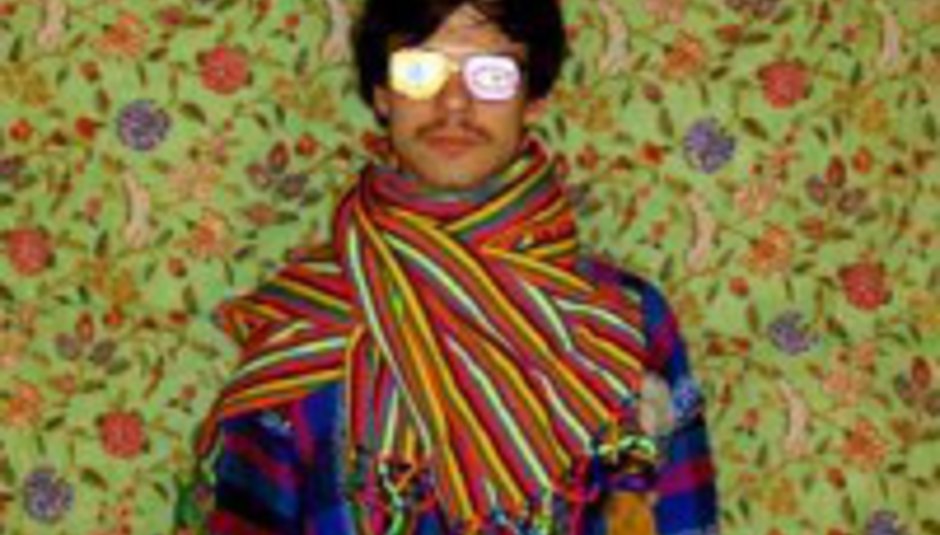 Within minutes of meeting Dave Longstreth he’s carelessly cooing a Ne-Yo song as everyone else settles down around him. Weigh his wavering avant-garde up however you like, all these ears are hearing that’s akin to his broken songbird croon is Parades-era Prince. Last month it was Green Gartside’s white boy soul. Before that, Arthur Russell. It goes some way to illustrating how difficult it is to pin him and his Dirty Projectors down.

After reworking Black Flag’s seminal hardcore racket Damaged as Rise Above, a batch of off-kilter attempts from Longstreth to reinterpret the 1981 record from memory, a decade on from when he last opened up the cassette cart, dusty eyes opened on an act that had an impressive back-catalogue to delve into. With three-chord thrashes replaced with fractured art-pop (in the meantime toning down the strong orchestral focus that had underpinned Longstreth’s output since the release of The Graceful Fallen Mango back in 2002), it was quite some interpretation, far removed from just another covers record.

When speaking to Deerhoof’s John Dieterich at the tail-end of last year, he had nothing but praise to lavish on Longstreth & Co., labelling their Black Flag molestation “crushing brilliance”. Previously tying Dirty Projectors with the same bow wrapped round Beyonce’s B’Day, they share a similar brand of broken noise-pop to Deerhoof, but it seemed obvious to get down to the R‘n’B roots of the act, only for Longstreth to rebuff the question.

“I don’t really know. To me it’s difficult to differentiate between pop music and, like, rock music – it doesn’t make that much sense anymore […] It’s less that I’d avoid such a categorisation as I’d like to steer you away from it just because I don’t think it makes any sense to think of us like that.” We meet the day after the Brooklyn outfit announce they’ve signed a deal with Domino that’ll see them release two records simultaneously next year. That they’re being carted around for a day of press with the Rough Trade cronies seems odd for all, especially when asking about the forthcoming double-release and whether that is a risky approach to take when writing.

“Oh no, it’s the opposite. One of them is more in the vein of what we’ve been doing live; it’ll sound a lot more like that than, say, something from The Getty Address. And then there’s another one that I’m currently making…”

A hand reaches across Longstreth’s face, the first of many over the course over the interview. “That’s so Muhammad Ali,” remarks Longstreth, as Amber Coffman (guitar, lulls) attempts to pick a fly out mid-air. She missed. For the rest of the interview he ogles that darting insect with far more focus than any question put out to feed off.

Longstreth eventually gets 'round to closing the sentence. “…But then there is going to be a record more focused around a load of different frames of sound.”

‘Gimme Gimme Pt.1’ (from Rise Above) at the Knitty Factory, NYC

Longstreth has eternally mixed and matched musicians on previous records, so that all three of the current accompanying roster (Coffman, Angel Deradoorian, Brian Mcomber) are sat round with Longstreth would suggest that, having been together for over a couple of years, this is perhaps a more permanent line-up than previous incarnations. The transition towards a more group-based effort certainly seemed to effect Rise Above with the orchestral focus of old dropped “for the time being” with all scaled down somewhat.

“I’m thinking of these ideas and these things happening together and what’s the natural way to realise that. It seems fair to say that the orchestral format or weird cut-up chamber music isn’t necessarily the way go about it.”

With the numbers of musicians Longstreth has managed to go through in the last few years through recording and touring, Longstreth insists that any glimpses of a Mark E. Smith tyrant in his approach to writing, turfing out members to install new waves of inspiration, are nothing for the surrounding roster to worry about and that his old attitude to contributors was different to the current set-up.

“It was a good relationship but it was that I wrote the arrangements and had no idea what it was for or what it would become. There was that distance […] I can understand the sense it makes but there are enough elements happening in the songs to make it difficult and we’ve just managed to form a good team.”

Based in Brooklyn, the outfit has seen many other acts from the New York borough rise up the ranks, particularly with the preppy bop of Vampire Weekend, headed by Ezra Koenig - a former bit-part player in Dirty Projectors - winning a wide audience. But rather than the Brooklyn coterie of avant-garde acts that have eternally held hands from record to record (with endless splits shared between Black Dice, Gang Gang Dance and Animal Collective), the band insist they feel removed from such a scene, and that any focus on them off the back of other success stories shouldn’t hinder the act whatsoever.

“I don’t think so, I don’t think anyone takes it seriously enough. It’s definitely the cultural capital of the States and so you have to expect generations coming through.”

Usually a failsafe bloated epitaph for greying Strat-straddlers, concept records have often been the last resource for those lacking inspiration. Odd, then, that whether using a fictional incarnation of the Eagles’ Don Henley as the central character on 2005’s The Getty Address tied together with stray Eagles lyrics, or with the aforementioned Rise Above, Dirty Projectors have so regularly used recurring themes and concepts to base records on.

“It never happens very consciously. I don't think that I went about creating concept albums per-se but was more interested in creating a unifying body of songs, a set of characters to work around. It makes sense for me, I don’t think either of the two were me ploughing particular depths.”

As for Longstreth’s eternal references in songs to finches across the six records he’s released, he deems there is little meaning in the regular inclusion of the feathered passerines, insisting that it’s little more than the fact his parents were into bird watching when he was growing up.

Even after an afternoon of fly-swatting and easy conversation it feels that, however provoked, only the surface has been scratched on what lies deeper into Dirty Projectors' splendid, sideways world. But, like grabbing glimpses of some exotic bird, it somehow seems right that way.

Rise Above is out now on Rough Trade; the band can be found on MySpace HERE. They play live as follows: