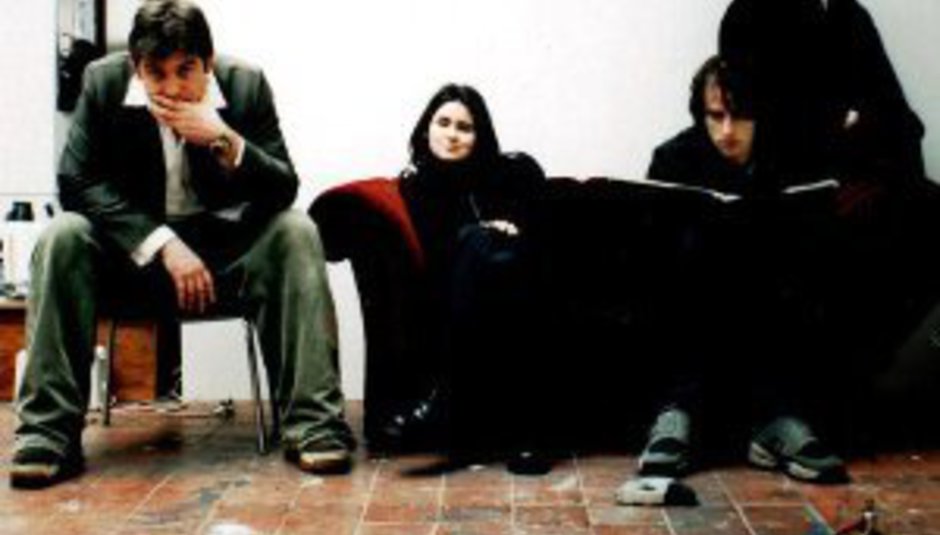 Established in 1995 in Glasgow, Chemikal Underground has been a home to some of the bands DiS’s writers were raised on, or rather nourished by during their teenage years: (among others) Mogwai, Bis, Arab Strap, Cha Cha Cohen, Aereogramme and The Delgados (pictured above). Indeed, the label was founded by members of the latter act to release their single, ‘Monica Webster’/‘Brand New Car’. With recent releases from The Radar Brothers, Mother and the Addicts and (ex-Arab Strapper) Aidan John Moffat, the label is still going strong today.

DiS caught up with co-founder and former Delgados member Alun Woodward for our latest Label Profile, focusing on the label he had a hand in starting over a decade ago.

Why did you start Chemikal Underground? Give us a potted and personal history…

The label began in 1995. I was working as an archaeologist and our band, The Delgados, had started around the same time. There were many great bands in and around Glasgow and a prevailing attitude that you didn’t need to wait for someone to come along and sign you. We were all really into music and thought we could start a label, release Delgados stuff and any other bands that took our fancy. There was no plan, no surfeit of business acumen; it was just something we grew up dreaming about and then had the opportunity placed in front of us.

Our first three releases sold out quickly with the third, Bis’s ‘Kandy Pop, charting at number 24. With the money from that we signed Arab Strap from a demo; released The Delgados’ and Arab Strap’s debut albums; moved into our office in Glasgow’s East End; and signed Mogwai. We’ve basically kept moving from there.

Working with Mogwai, Arab Strap, Bis and The Delgados helped the label gain a profile and respect that has sustained us ever since, with international distribution, licensing et cetera. We’ve worked with Aereogramme, Malcolm Middleton, Aidan Moffat, Sluts Of Trust, Suckle, Cha Cha Cohen, Magoo, Mother And The Addicts, De Rosa, and have recently signed a new act called The Phantom Band. We were also the first label to release Interpol in the UK, on our Fukd ID series.

A decade ago, you seemed to be the vanguard for great independent music, taking in many of the above-mentioned acts. It was a great time for you. How do you feel about that period looking back?

I feel lucky that great bands came through from the same area at the same time, and that editors and radio producers were into them. It was a time when Britpop was in vogue and I think these bands offered an alternative. It is always easier when the mainstream is looking the other way and helpful that Britpop was particularly shite.

Those bands also went out and worked hard and didn’t wait for someone else to do it for them, and this is one of the things bands sometimes forget. Getting a record deal is the easiest part; taking your opportunity and making the most of it is the hard bit.

Many, if not most of your artists, originated from Glasgow and the nearby area. Do you consider yourselves a Glaswegian label in any other sense that a geographical one?

We work with bands from outside Glasgow but yes, we are primarily a Glaswegian label. It is easier to work with bands who live around the corner and you get more opportunity to see the bands play earlier than if they were from elsewhere.

Many of your artists have collaborated together, and even more are seen at each other’s shows. Is this a case of solidarity amongst labelmates? Or, further, a display of like-mindedness between musicians on your label?

I think it is more out of appreciation than the need to support them out of some moral necessity. I’m sure if they didn’t like one of our bands they would have nothing to do with them.

How would you define your label to someone new to it?

Every label has its glory years, its peak period where everything they release is, frankly, shit hot. Have you had your glory period yet? And if so, what was it?

I have no idea. I am massively into every band we have ever worked with and if you feel that the best has been and gone it would be truly depressing.

What Chemikal Underground release are you most proud of?

That’s like picking you favourite child: I couldn’t pick one.

While you’ve released many great and critically acclaimed records, there’s probably not been a million-selling album in there (no bad thing). How does CU sustain itself financially?

We are sustained from record sales, licensing fees and royalties.

Do you see yourself sitting to the left of the mainstream? Do you choose not to compete with the bigger record labels? Or is that something you’d ever want to do?

I don’t see the point of trying to compete with other labels and we are probably left of the mainstream because that’s where our tastes are. That said, we’ve always wanted as many people as possible to hear our bands but the idea of music being a commercial competition has always struck me as incongruous with making great music.

Does Chemikal Underground embrace the digital age? Or wave a gnarled stick at it? How do you successfully run a record company in this day and age?

We do embrace it as a label and people who work at Chemikal Underground work hard at ensuring our music is easily available. We have also just started our own online shop with every track in our catalogue there for download. Personally I still prefer records, although I accept that I’m a luddite.

What advice would you give to someone starting a record label now?

Don’t take advice from pricks… Seriously, so many people in the industry don’t know their arse from their elbow and are keen to tell you what you should be doing.

Tell us a secret about Chemikal Underground

As well as working at Chemikal Underground, (co-founder/ex-Delgado) Stewart Henderson is also an accomplished street magician.

- - -
Video: The Delgados, 'Everything Goes Around The Water'