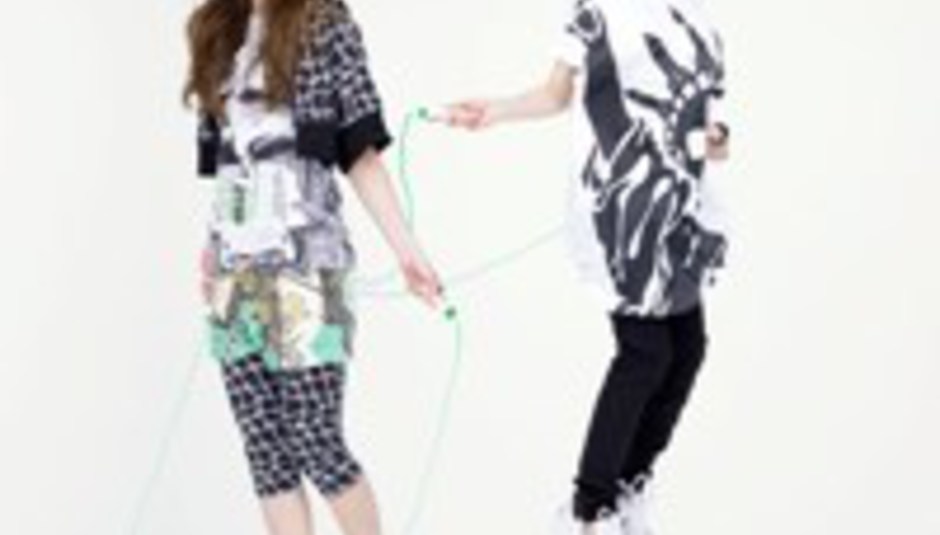 In the first of a series of monthly columns from the Land of the Rising Sun, DiS’s Daniel Robson guides British readers through the ups and downs of gig-going, Tokyo style. Be sure to click where indicated and enjoy DiScovering a number of new acts from the other side of the world…

Tokyo – the city that never sleeps, gets bored or bothers to cook its food. Here in Neonland, the live music scene is utterly unlike that in Britain, or anywhere else for that matter: pay-to-play is the norm, even the smallest venues boast amazing sound, musicians are actually nice to each other, and bands splice genres with nary a care for pigeonholing. Come in, take off your shoes, and let us show you around.

Here we are at Shinjuku Jam, a poky little club with a massive PA and all-you-can-drink booze for 1,000 yen (£4), where all-girl garage punk trio Bo-Peep are ripping the stage to shreds. Tonight they’re not all girls, mind you – Arie of androgynous outfit Vola & The Oriental Machine is filling in for bassist Hime while she prepares to pop her first sprog. Those of you who saw Bo-Peep on one of their UK tours last year will attest that their sound is far from feminine, but this injection of testosterone makes them sound fiercer than ever, as they rip through dynamic, grunge-inflected rawk that hurts in the best way possible.
MySpace

A few days later Arie rejoins his Vola bandmates onstage at Shibuya Quattro, a 1,000-capacity venue that sits atop a trendy department store. The band drizzle their sharp guitars and groove-riding rhythm with squealing, wavering vocals courtesy of Ahito Inazawa, a man who makes Brian Molko look and sound macho. Luckily their fantastic haircuts are accompanied by fantastic songs, a sort of glammed-up mish-mash peppered with Latin percussion and jagged riffs.
MySpace

The Japanese know how to throw a school festival, and dashing between the moneyed-up Waseda University and the cooler but no less huge Meiji University offers up two big chart acts playing in university music halls. At Waseda we’re treated to a performance by HalCali (pictured), two girls who, at the grand old age of 20, have already enjoyed five years as the finest pop-hop outfit imaginable. Skilled rappers, daft dancers and adorably laid-back, Halca and Yucali are already indispensable.
MySpace

Back to Meiji, where GO!GO!7188 thrill a university crowd with their mysterious blend of surf, rockabilly and enka (Japanese folk music). Simply put, there is no band on earth that comes close to GO!GO!7188, although you could take Muse, Radiohead, Japanese alternative icon Shiina Ringo (more on her later) or enka queen Kaji Meiko as starting points. Blasting powerhouse drums, rugged basslines, reverb-drenched staccato guitar and a vocalist who sings like she’s had vocal training off a banshee and then swallowed a load of helium, they are nothing short of mesmeric.
MySpace

Natccu, taking the stage at Club 440 in the Camden-esque area of Shimokitazawa, is an entirely different proposition. Playing a vaguely acoustic set (most of her backing band have electric instruments, but they are at least sitting down), she plays a set of gutsy pop with hysteric vocal stylings that recall Kate Bush as much as anything Japanese. She tells the crowd that she’s a bit pissed, presumably to calm her nerves after spotting pop idol Hitomi Yaida in the crowd, but nonetheless she delivers effortless and gorgeous grown-up music with a raunchy rock heart and beautiful doe eyes.
Website

The next few days offer an excellent Swedish music showcase in poncey Aoyama featuring the half-Japanese Maia Hirasawa, whose music recalls US indie sweetie Mirah; a commendable appearance by Hedon band Ernest at the phonetically similar O-Nest; and the delightfully Busted-esque punk band Candy Toybox at the teensy Shinjuku Marble.

Finally for this month, let’s wander over to Zepp in Odaiba, a garishly modern part of town built on reclaimed land, to witness the majesty of Tokyo Jihen. Imagine a pop band necking some steroids and then trying to play a jazz set and you might get close to conjuring this ridiculously fine band. Fronted by the aforementioned Shiina Ringo, a sultry and rather frightening pop heroine since her days as a solo artist, the band play effortlessly cool music that straddles the line marked ‘pretentious’ without ever tripping over it. Ringo captivates the audience with a theatrical performance, complete with costume changes, and her bandmates back her up with musicianship that achieves the triple feat of being technically amazing, endlessly artistic and damn catchy. You need to hear this band.
Website

But now the izakaya (Japanese drinking den) calls, and we’re off to make the most of its 5am closing time. Sleep, boredom and properly cooked food? That’s for other cities.