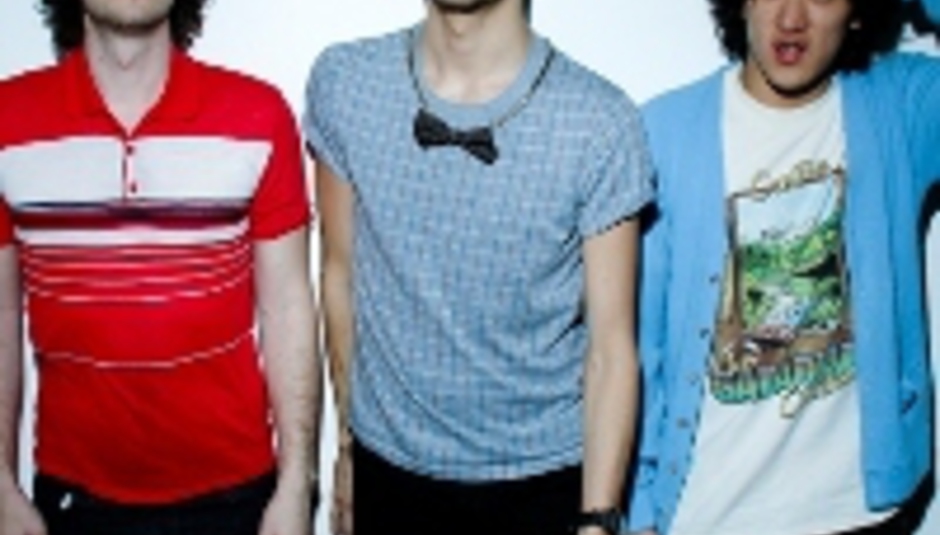 Next week Blyk mobile and VICE kick off a free nine-date tour of university towns and cities. Line-up on all nights will be three of the most exciting bands that play guitars and get on stages right now: Crystal Castles, The Teenagers (pictured) and These New Puritans. There will also be special guest DJs at all dates, so expect people like Mehdi to drop by and play records and party. Yep, you really do get all that for free! Just go to www.unitaur.com to register and for all the other info like locations and times and stuff.

To celebrate this impending free blowout we got The Teenagers and These New Puritans on the phone to find out about their time at uni and who would win if they all fought each other. We were meant to talk to Crystal Castles as well, but apparently they are robots who cannot talk on telephones.

DiS: Who would win in a battle to the death between Godzilla, King Kong and the Unitaur?
Dorian Teenagers: Godzilla, d’uh.
Jack These New Puritans: The Unitaur. He is unique.
Michael Teenagers: Unitaur. He never had a movie made about him so no one knows his weak points. Plus look at the size of his balls on the flyer.

Who would in a battle to death between Crystal Castles, These New Puritans and The Teenagers?
George These New Puritans: Us, we’re from Southend.
Quentin Teenagers: My money is on CC, Alice would be their secret weapon.
Michael Teenagers: Yeah, CC, their leather jackets would be like bulletproof vests.

When you were at uni did you ever go 'on tour’? Like a tour of the coffee shops of Amsterdam perhaps?
Quentin Teenagers: I wanted to go to Amsterdam with three friends, driving form Paris. We ended up in Maastricht though ‘cause Amsterdam was way too far. We ended up sleeping in a hotel car park because everywhere was fully booked. It was in winter as well so the night was horrible. The whole trip was horrible actually. We drove back the next day.
Thomas These New Puritans: When we have some free time we would very much like to go to Berlin.

When I was at uni I survived on Heinz canned breakfasts. Pretty gross. How do you plan on surviving on during the Unitaur?
Dorian Teenagers: By sharing dressing rooms with 20 people and stealing their stuff.
Michael Teenagers: Just with a bunch of cigarettes and Red Bull.
Quentin Teenagers: Or Vodka and Red Bull, That would be okay.
Jack These New Puritans: I have no idea. We are quite filthy on tour: we all take it in turns to sleep with the keyboardist after a good show. But if it’s a bad show we force ourselves to have sex with the roadies. So sex.

They say that you get lucky more often at university than at any other point in your life but you guys are in bands. A band on a uni tour, the mind boggles... How many time do you predict you will be 'lucky'? Maybe you could have a sweepstake?
Michael Teenagers: Is this a question about sex? I feel it must be, because of the quotation marks.
Thomas These New Puritans: Many times, many many times over. We just can’t trust ourselves.
Dorian Teenagers: We always get lucky. We would win the sweepstake.

I used to lose my phone about once a week at uni. What is the worst method by which you have ever killed or lost your phone while on tour? M1 window toss? Toilet drop?
Quentin Teenagers: One of mine got smashed at a hardcore show once.
George Thesee New Puritans: No comment.
Dorian Teenagers: I have never lost my phone on tour. It is way too important to me, like a limb. It’s pretty shit, though. Maybe I should lose it so I get a new one.

Deal or No Deal or Countdown?
Dorian Teenagers: I have no idea what you are talking about.
Sophie These New Puritans: No Deal. Or, then again, maybe Deal. They are both equally captivating.

The Sun or The Mirror?
Dorian Teenagers: We don’t really read papers, but let’s say The Sun. That is the one with the boobs right?
Sophie These New Puritans: The Sun, seeking counsel from Mystic Meg.

As a poor student occasionally it is necessary to explore alternative methods of mind enhancement, say homegrown weed or home-brewed beer. Any of you tried this?
Quentin Teenagers: Homemade beer? Who the fuck does that?
Dorian Teenagers: Homegrown weed oh yes; it served us well in our hometown. It takes The Teenagers back to our teenage years.
George These New Puritans: The cocktail of opium and cheap speed always goes down well in the TNPS camp.

Where did you all go to uni?
Dorian Teenagers: We studied in Paris. You might have heard of it?
Jack These New Puritans: I also went to Paris for a time instead of actually going to university.

What is the most inventive way you have ever used your phone?
Thomas These New Puritans: Calling the Pope for chess advice?
Michael Teenagers: Erm… As an alarm clock?
Dorian Teenagers: I took a picture under the skirt of a girl who was serving food in the train on our last tour. She looked like Scarlett Johansson. That was hot.

The Blyk Media / VICE Unitaur kicks off next week. Dates as follows: