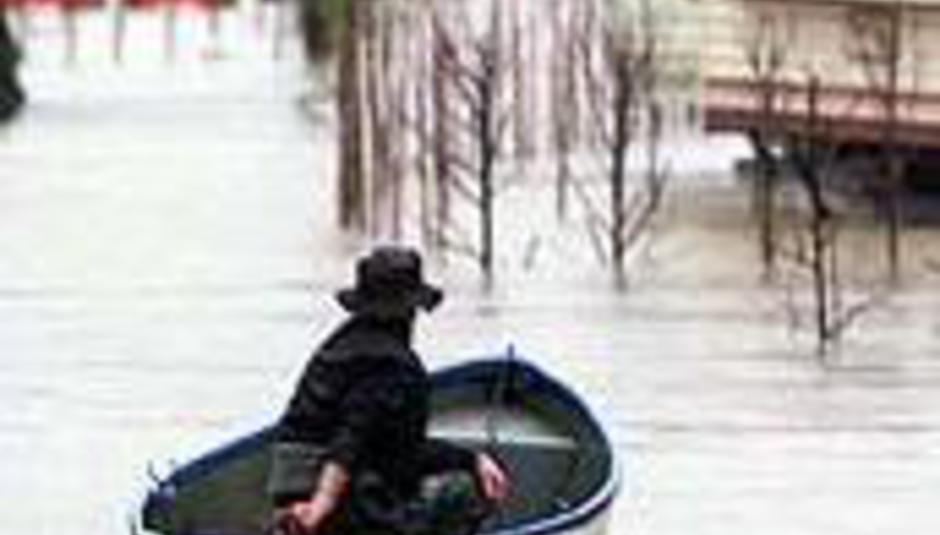 Yes, we know: we’re late. But we’ve been busy, honest! It does happen from time to time – don’t go thinking that A Day In The Life Of DiS involves us all sitting around, drinking tea, listening to great music and occasionally – but only occasionally – updating this here website. Oh no sir, or madam – it’s a lot more complex than that. Why, only this morning we had tea and biscuits.

Excuses dealt, let’s press ahead: July was a good month – a surprisingly good month – for new albums. The summer sun might’ve stayed hidden behind rain-spilling clouds of evil intent (and if you were in a tent things were even worse), but the Recording Industry Powers That Be weren’t to know. They lucked it: down came the rain and into the shops went the high-street steppers. A new release for under a tenner? Sold.

But, of course, a bargain does not a good record make, and we’d be only too pleased (as would those Recording Industry Powers That Be, we’re sure) if you were willing to shell out upwards of, ooooh, £12.49 for each of these beauties. Get ‘em while they’re hot, et cetera et cetera. You know the Month In Records drill.

Hob Nobs, you know, retain their crunch remarkably well, even if you leave a packet open for a few days. Crumbly… Mice Parade
Mice Parade; FatCat
Says reviewer Adam Anonymous: “Fairly without exception, everything about Mice Parade is understated, from the attention-deflecting eponymous title right through to its ever-present plaintive tone. Over the course of six previous albums, it’s near enough what eagle-eared listeners have come to expect from the twinkling NYC-birthed project of founding driving force Adam Pierce. Yet Mice Parade have never before been quite this accessible…”
Read the full review here Stuffy & The Fuses
Angels Are Ace; Sour Puss
Says reviewer Thomas Ferguson: “As the year goes so far, this is the best proof that you don’t have to be cloyingly twee to have aggressively drole lyricism and a steady control over deftly executed pop melodies and be able to rock the hell out. Angels are ace, indeed, but this cements Stuffy & The Fuses as being totally ace-core.
Read the full review here Interpol
Our Love To Admire; Parlophone
Says reviewer Tom Milway: “With giant gyrating reverberated guitars and a grandiose brass section, this is the sound of a rock band attempting the sweeping gallantry of Sibelius or Tchaikovsky and getting away with it. It represents a phenomenally strong and well-polished album. Interpol have raised the bar once again…
Read the full review here Spoon
Ga Ga Ga Ga Ga; Anti
Says reviewer Charles Ubaghs: “Even after more than ten years in existence, Spoon, unlike say the Strokes, are one of those rare bands who, album after album, repeatedly prove themselves capable of successfully building and expanding upon their tensely wound, streamlined take on rock… It’s refreshing to see a group that seemingly never falters nor fails to interest with every single release.”
Read the full review here Chrome Hoof
Pre-Emptive False Rapture; Southern
Says reviewer David McLaughlin: “For all their novelty trappings, Chrome Hoof retain a child-like, anything-goes sense of invention that avoids any danger of their appeal being short-lived. Pre-Emptive False Rapture may be crazier than a shithouse rat but the fun, adventure and variation on offer make it one that should be welcome in any open-minded home.”
Read the full review here The Thrills
Teenager; Virgin
Says reviewer Mike Diver: “A few years down the line, this will still sound as refreshingly out of time as it does today, while this year’s high-climbers will be faced with a rapid decay of artefacts unlikely to last the distance. Some change, some desperately so; The Thrills’ minor tweaks evident here have only steadied their footing and ensured longevity aplenty.”
Read the full review here

Tenebrous
Tenebrous Liar; Fire
Says reviewer Jordan Dowling: “For the most part, the expanded Tenebrous exhibit enough restrain to offer some truly harrowing material and, whilst some of its content may be patchy, Tenebrous Liar retains enough earth-weary energy throughout to warrant and maintain attention. Even if it never does come completely into focus.”
Read the full review here Chromeo
Fancy Footwork; Vice
Says reviewer Mike Diver: “It helps if you sink a few pints of homebrew prior to playing Fancy Footwork, but if you’ve the merest semblance of fun in your bones you’ll eventually take to it heavily. It’s nothing revelatory, nor will it rank as one of the year’s finest long-players from an artistic perspective, but who cares? It’s F to the U to the N to the buy it now.”
Read the full review here The Strange Death Of Liberal England
Forward March; Fantastic Plastic
Says reviewer Alex Denney: “Much like eccentric forebears British Sea Power, The Strange Death Of Liberal England aim at a peculiarly English sensibility that bypasses all the usual attendant clichés. Providing they don’t go and iron all the wrinkles out, TSDOLE have enough character to suggest they can build on this ambitious and occasionally half-digested mix of epic influences.”
Read the full review here Circa Survive
On Letting Go; Equal Vision
Says reviewer Mike Haydock: “On Letting Go could have been trimmed of a song or two, brought down to ten tracks, and still triumphed. But heaven knows which songs would go, because every single one of them warrants repeated listens, secrets crammed into every crevice. In short, this is a masterpiece.”
Read the full review here


The DiScover album of the month Paris Motel
In The Saltpetriere; Hotel Records
Says reviewer Rhyannon Rodriguez: “In the Salpêtriére offers an alternative to the throwaway submissions of music industry modernity, which often proposes merely noise pollutants of immediate but superficial pleasures of everyday trends meant to stream through one ear and disappear out the other. Paris Motel bring back the lavish instrumentation of stage production with pervasive cinematic qualities and celebrated showmanship you can instantly recognize and easily surrender to.”
Read the full review here