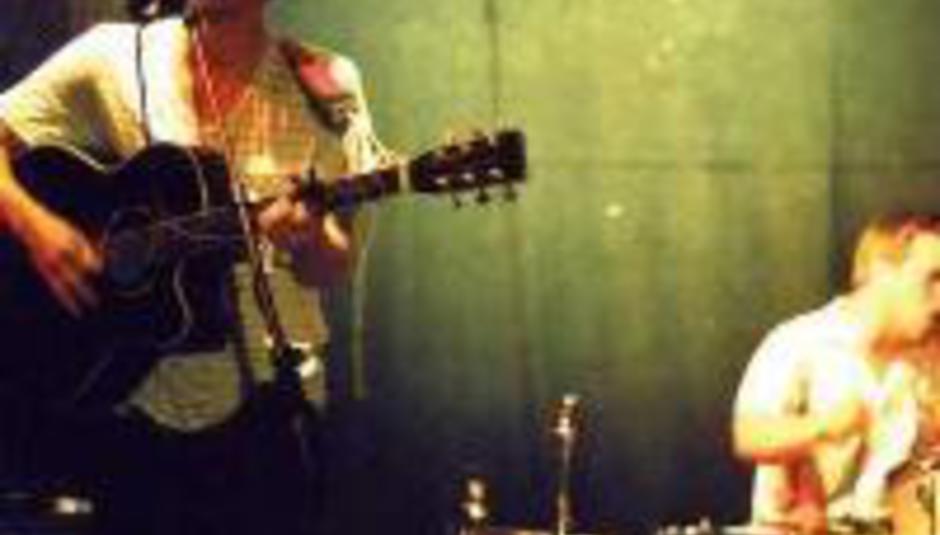 Singer-songwriter, actor, poet - Johnny Flynn’s been earning himself a reputation as a bit of a renaissance man round these parts. But you can banish any thoughts of thesp-ish melodrama right away: Flynn and his band The Sussex Wit impress with their unflashy, unsentimental rootsy stylings, which put them closer in spirit to Bonnie 'Prince' Billy or Two Gallants than the boho shenanigans of the antifolk set. DiS endeavours to find out more...

Your new single is called 'Ode To A Mare Trod Ditch' but there’s no song by that title on there. How come?

I don’t really place any importance on having an A and a B so we just wanted it to be like an EP where they both have equal standing. Also that’s the name of the poem that comes with the CD, and that’s the same with the first single. The poem’s just like a different angle on the stories. The idea is that the river began in a ditch made by mares treading the ground, it’s just the kind of thing I like hearing about, like 'where did the Nile come from?'

You’ve recently toured the world as lead in two Shakespearian productions by the Old Vic - is there anything you take from your acting which helps you in your musical guise?

You can definitely learn a lot about stagecraft and setting a creative atmosphere, there’s this (method acting pioneer) Stanislavskian idea about circles of attention which helps you to stay calm and focus, it’s like this massive theory which I couldn’t really hope to explain but it’s just about protecting yourself really.

Are you conscious of your live performances being an ‘act’ in some way?

I think of acting as a kind of truth, I guess good actors aren’t really acting, they’re just being. They’re saying somebody else’s words but they’re recreating them every night, it’s much the same when you’re playing the same songs every night, you have to refind it and that’s a technique. Someone like Jeffrey Lewis seems to be doing something really spontaneous every night, and in a way he is, but it’s a technique for keeping things fresh.

You’ve spent a lot of time in New York and have expressed admiration for the antifolk scene over there. Care to explain?

I really liked some of the antifolk people I saw out there, but more than anything I liked the attitude behind it and the free-for-all, anything-goes vibe. People are very supportive within that community, and when I first came across it was just before things really took off, Jeffrey Lewis was releasing his first album, you had Regina Spektor, Adam Green and people like that. It was a happy accident, we ended up going to these antifolk hootenannies at the sidewalk cafes and just got to know a few of them. The way music is marketed, it’s just so aggressive, and they were just all promoting each other. It was quite unlike the kind of competitive thing that happens over here.

Do you not find some of that antifolk stuff a little contrived? I mean, your stuff seems a little more straight-up than that.

I only really like Jeffrey Lewis, Diane Cluck and Langhorne Slim, everything else is a bit contrived or camp. It’s not like a conceptual thing with us… About half of Johnny Cash’s career was awful, y’know, through the seventies when he had all these big band productions, but he always remained in the public consciousness… and also with just having the rest of the band around there’s no room for any posturing or any of that, it’s very much down the line. I couldn’t write that kind of song if I tried.

The whole singer-songwritey thing seems to have become tarnished of late. Do you ever feel like it’s a difficult tag to live down?

I can’t stomach most of these singer-songwriter types, you know, James Morrison and people like that, but then there are people I know that sing on their own that I like, people like Vesper. It’s cool though ‘cause I play with a band and that’s becoming more of a dynamic. We’re just trying to pleasure ourselves really.

Nope. I’m happy with it.

Do you share a lot of the same influences as a band?

Adam: I suppose the one unifying thing we share as a band is we all listen to old delta blues recordings, Robert Johnston, Leadbelly.

What is it about those blues records that appeals?

I think it’s the same thing as with the antifolk, because it’s almost as good as self-released, they probably knew that they were only going to be heard locally and they would just go into the radio shacks and cut records, and then people discovered them mostly in the ‘60s. They’re just really pure records.

‘Ode To A Mare Trod Ditch’ is available now on Young & Lost Club Records. The band is due to start recording for its debut album in autumn. For more information check THIS MySpace. Yes, do.