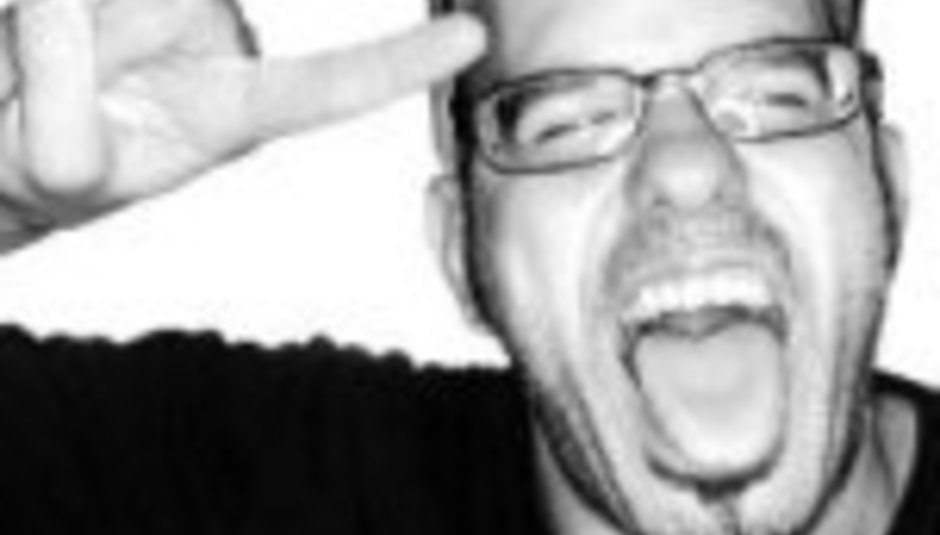 “You know what’s worse than a paedophile? A racist paedophile. That shit’s just ignorant, man.”

DiS was granted an audience with comedian David Cross – perhaps best known to British audiences as Tobias Fünke, the stuck-in-the-closet never-nude from Arrested Development – during his two-week residency at the 100 Club in London.

So, David, it’s been three years or so since you were last in London. Are you pleased to be back?

Yeah. I mean, I’m glad to be back doing it the way I’m doing it, too. There’s a lot less… I don’t want to say ‘pressure’, but it’s less work and more fun for me because it’s a looser line-up and I do less time. It’s also a club, as opposed to a theatre, so it doesn’t have that feeling to it. So it’s more fun this way.

Have you ever got a handle on how British audiences have become aware of your work, seeing as Mr Show (Cross’s cult sketch programme, which ran between 1995 and 1998 on America’s HBO channel and was co-written with Bob Odenkirk) was never screened on these shores?

Well, I think initially it’s just the comedy community – people who are comedy nerds and are way into it. If you ask most hardcore comedy fans in America about British comics, they’ll know people that the rest of the country has never heard of and never will. They seek out that stuff, and people show them tapes and things. So initially that way, and I’m sure Arrested Development has a lot to do with it too.

The shows you’re doing at present are billed as David Cross and Friends: how did they come about? Were they your idea?

No. I’m the least proactive guy with my career! Both this time and last time [I was over here], it was a case of somebody else saying “Hey, you want to go to England and do some shows?” “Okay!”

According to the Internet Movie Database, you have seven film and television projects due for release later this year or sometime in 2008. Are you putting comedy on the back-burner for a while, or are you doing tours and shows alongside your acting commitments?

Again, that’s part of the proactive thing, or lack of it. When I did the tours in the States that resulted in the CDs, that was somebody else putting that together. I was always… this is nothing I’m proud of, I’m not bragging about it, but I have no… I really should get off my ass and figure something out! But once I get a new hour, I think I’ll be pretty happy about touring. I mean, it’s fun, and I really like this particular format, too.

It’s been three years since It’s Not Funny came out, so is another album likely to follow when you get back out on the road?

Yes. Nothing is in the works at present, but I just came from the Bonnaroo Festival – a big festival in the States – and that was the first time I’d done 45 minutes of material for a while. I’m glad I did that, to get ready for these shows, and that’s just the nature of it. Especially the way I write onstage, and I don’t sit down at home; it’s almost exponential, where you start off with a little bit and just build up your material, and if I continue working at it when I go back home I imagine I’ll be ready to go back out in the fall.

So a new record may come from that?

You’re doing a residency at the 100 Club, perhaps best-known for its 1976 punk festival which featured performances from The Sex Pistols and The Clash. Were you ever a punk fan?

So is it meaningful for you, in that sense, to be playing there?

Well, it’s not something I consciously think about, but you do walk in and go “Cool!”. It’s not like I walk in and feel imbued with the spirit of Joe Strummer, though.

You’ve been very outspoken in the past in your criticism of manufactured rock bands, including Staind and Creed. Do you think the music industry’s in a healthier state now?

I think that, literally every month, there’s another really good album out from a band which may not be reinventing music but is still putting out strong, interesting stuff. The last Modest Mouse album is great, Arcade Fire… I was just at Bonnaroo, and every band I saw just got better and better. I didn’t get to see that many because of my schedule, but I did see The Little Ones, Black Angel, The Roots and Tool. That was a really good festival.

You also did All Tomorrow’s Parties over here last year. Would you ever curate one of these events, if they asked you to?

Oh yeah, sure. I have a lot of friends in bands. Absolutely. I sort of did one at SXSW this year, a day-long thing with two stages and had a bunch of bands playing. It was good.

Judging by your rant on the Season Two DVD set, and from reading interviews with your co-stars conducted around the time of the show’s closure, there seemed to be a lot of resentment and anger at the way Fox treated Arrested Development.

Oh, yeah. Here’s the big, dark secret nobody talks about: Fox didn’t like the show. They didn’t like the fact that it kept winning Emmys and being mentioned as one of the ten best shows on TV. It was expensive, they didn’t get along with the producer, they didn’t like the politics of it. It didn’t do anything for them. That show stayed on only as a result of Emmys, Golden Globes and other awards. They really didn’t like it. And – I swear to God, although it sounds like I’m making this up – I don’t think Rupert Murdoch liked it. I don’t know that for a fact, of course. There were a couple of people [at Fox] who championed it but, outside of those people, the network simply didn’t like it.

The show ended on a positive note for its fans, with the implication that a feature film adaptation may follow. Is that still a vague possibility?

I would underscore ‘vague’, and make it in bold letters, with an asterisk. Then, when you look at the asterisk, you scroll down to the bottom of the page and it says “extremely vague”. I don’t think it’s going to happen.

But if they called you up and said “We’ve got the green light”, would you sign on?

Yeah, there was. Absolutely. It was fun. The other problem we faced is an antiquated and ineffective ratings system that doesn’t truly reflect [modern trends]: TiVo and DVR, lots of people watching in a room as opposed to one, and so on. People don’t watch TV in the same way they did in 1972, and yet they’re using the same ratings system.

Every time I read anything about you in the media, the same two names crop up: Bill Hicks and Lenny Bruce.

Do the analogies mean anything to you, or do they just represent lazy journalism?

I think it’s lazy journalism. I don’t think I’m like Lenny Bruce at all, because the [societal] context is completely different. I’m probably closer to Bill Hicks, but I’m not nearly as good or articulate or economic with my ideas as he was. We have the same ideas about things, but he’s a better comic.

Were you influenced by either of them?

Absolutely. I was definitely influenced by Bill Hicks. Well, maybe less “influenced” than “inspired by”. When I first met him, I was doing stuff that I do now, so maybe I wasn’t directly influenced by him. But he was certainly inspiring.

Lastly, one of the most popular David Cross videos on YouTube shows you dancing onstage with Jim Belushi, courtesy of the Chunklet guys. How did that come about?

I was in Martha’s Vineyard with some friends of mine, and on the ferry over there we saw that he was going to be playing and were like “Oh, shit! We’ve got to go to this!” We went to this little club, roughly the size of the 100 Club, by the airport. That motherfucker had the audacity to charge $40 a ticket to see his shitty cover-band. And then my friend had a little camera, and I was like “Okay, get ready!” I got up onstage and got kicked off twice.

It looked as though they threw you out at some point.

Yeah, after the second time they kicked me out of the club.

David Cross and Friends runs from June 19 to June 30 at the 100 Club, Oxford Street, London W1. Tickets are available from See Tickets or, if you want to try your luck, on the door.