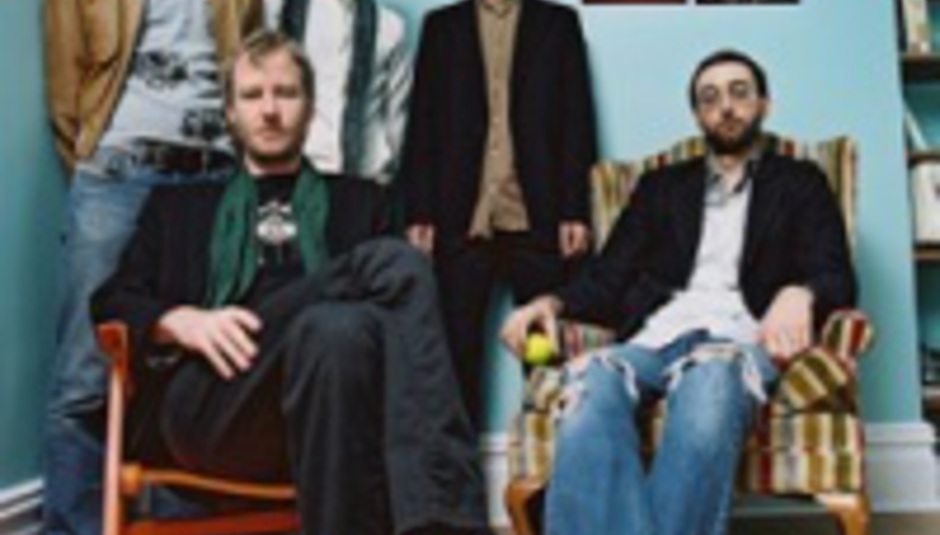 Coming out fighting: The National talk to DiS about their new Boxer LP

Coming out fighting: The National talk to DiS about their new Boxer LP

In an anonymous-looking London hotel, blearily contemplating another long day of interviews over his first coffee of the day, Matt Berninger knows a thing or two about dulling routine.

His band, The National, legendarily started life when its members gave up their well-paid office jobs to cut their teeth on the music industry with their wryly-observed, literate brand of alt-rock. They embarked on a mind-numbing nine-month tour of Europe and North America in 2005 after third LP Alligator became sleeper hit of the year and a staple fixture on critics’ end-of-year album polls. By the time they came to penning material for the follow-up, the band faced that oldest of predicaments – what do you write about when you’ve seemingly spent an eternity living out of a suitcase?

Says Matt: “I wrote a lot of the lyrics in reaction to being on the road with Alligator so much and losing connection with friends and your foundations with normal life.”

“There’s a phrase on the record that goes ‘stay inside our rosy-minded fuzz’, which is like that delusional state of mind where you tell yourself that everything’s fine. The characters are in many ways avoiding reality – there’s a lot of imagery in some of the songs, like the ‘bluebirds on our shoulders’ in ‘Fake Empire’, that’s kind of surreal, dancing imagery, it has that unreal feel to it.

“A lot of the characters in the songs are at some sort of crossroads in terms of growing up, they’re trying to hold on to parts of their fantasies or youths. A lot of them are struggling to avoid something.

“But it’s like they’re almost embracing it, like the war only comes into the record on the television, it’s in the background while people are sat round drinking cocktails or in swimming pools.” Matt is understandably fighting shy of calling Boxer a protest record just yet though. “It’s more of a call to stay asleep than a wake-up call.”

That last wisecrack is revealing: as a lyricist, Matt is at his best playing the bemused commentator (or “genial fatalist”, as one reviewer succinctly put it) rather than the tub-thumping moralist. Part of the band’s considerable appeal is a certain hangdog charm which means their everyman subjects are never viewed from any kind of pedestal. Of course, their claim to underdog status has been weakened since the success of Alligator, and a certain level of expectation is riding on its predecessor matching that record’s gold standard. Did the band struggle with that knowledge?

Guitarist Aaron Dessner: “We appreciated that people would listen to it, whether they would like it or not. Every other time we’ve been to the studio we’d have no idea if anyone was actually gonna hear what we were doing, so you know it was inspiring, but the record was hard to make, although I think that’s just ‘cause we were hard to satisfy ourselves.”

Matt: “It was a long, tough process in many ways, in a sense we’ve always felt like underdogs and we’ve survived a long time without anyone paying us much attention.”

Their painstaking efforts have not been in vain: Boxer is a beautifully-arranged record, with a fleet of orchestral accompaniments – brass, strings, woodwind – acting as key components in its sombre, thoroughly grown-up sound.

Aaron: “Padma (Newsome, orchestral arranger for Alligator and erstwhile member of Connecticut chamber quartet Clogs) had more of an input this time round. He was working with us as we were writing, so the arrangements are more integral to the songs rather than recorded after the fact.

“We have a lot of different musical influences in the band, especially my brother who plays a lot of contemporary chamber music, and I think I’m getting into that, so as we were writing songs we were thinking outside of what we’d done before, outside of our usual rock settings, so on ‘Squalor Victoria’ there’s no bass or electric guitar."

Aaron mentions that the band decided to drop one song which would have made a great single from the tracklisting because it “didn’t fit” – do the band enjoy the process of paring down material for an album, or is it a fraught affair?

Matt: “It’s like a chess game, where we’ll know that someone loves a certain song, so we might take something that we’re not really that attached to and act like we love it so much so we can be all like, ‘well okay if you drop that one I’ll drop mine which you know I really love.’”

Aaron: “It gets pretty bad while we’re making an album, but I suppose that’s just because we all want to end up with something we can believe in. It’s pretty hard to call something finished.”

For all that, Boxer is a remarkably complete-sounding record, one that will surely do much to widen their burgeoning cult appeal, and one which certainly marks The National out as anything but routine.

Check The National out on MySpace, here; Boxer is released via Beggars Banquet on May 21.