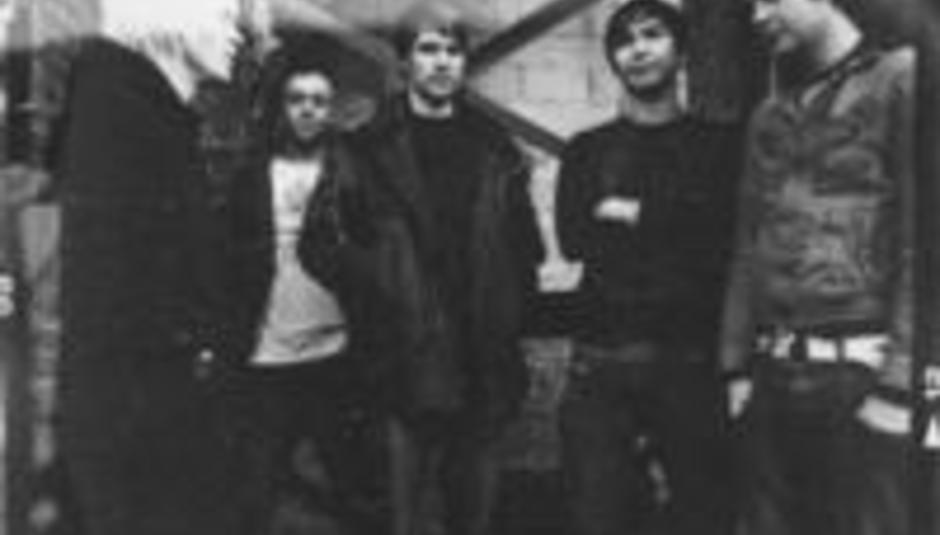 DiScover: Meet Me In St Louis

DiScover: Meet Me In St Louis

Meet Me In St Louis are a band whose name you’re probably aware of – perhaps from these very pages – but whose music you’ve possibly never heard. They have, to date, released a single EP on Function Records, and that’s now on the verge of being sold out; prior to that, 3,000 demos were handed to fans, the supply extinguished before DiS ever heard a copy. It really wouldn’t surprise us if you’ve not heard them yet, even though we have played them on two of our DiScover podcasts, numbers four and six. We half expect you to not have an opinion at all.

Everything, with a pinch of luck and a truckload of hope, is about to change: the Surrey/London five-piece – Toby on vocals, Paul on drums, Lewis on bass, and Benny and Oli on guitars – will release their debut album later this year through the highly (and rightfully) acclaimed Big Scary Monsters stable. Titled Variations On Swing, the long-player was recorded in London with Alex Newport, whose past credits are not to be scoffed at. Well, unless you reckon At The Drive-In and The Icarus Line are shite, in which case you should probably leave now.

And back to the album: it’s great, seriously. This writer hasn’t stopped playing its un-mastered tracks since the boss of the label in question was kind enough to drunkenly pass him a copy. Friends, so far, agree: it’s a winner, through and through, all stops and starts and twists and turns and drum beats explosive enough to have the uninitiated shitting their pants in delight. It’s experimental and immediate, avant-garde and straight down that line – it’s an album of contradictions and oxymorons. It’s an album that rocks like Minus The Bear remembering their heavy-as-fuck past. Or: it rocks, end of.

Ahead of their headline set at May’s DiScover Club at London’s Notting Hill Arts Club this Saturday (May 5 – click here for details), DiS caught up with the quintet at the capital’s 93 Feet East to talk origins, progression, and the future.

Since this is a DiScover piece and all, run us through how you five came to be Meet Me In St Louis…
Paul: It’s a really dull story, actually. Me, Toby and Benny had been in local bands, around Guildford and Aldershot. Each respective band broke up, for one reason or other, so us three decided to form a band. It was going to be a three-piece originally, like Yeah Yeah Yeahs – just drums and guitar and vocals – but we weren’t very good at that and it sounded a bit shit, so we decided to get extra people in. We got Oli in after a few months – he was a friend of mutual friends, and he was perfect in rehearsal – and we made a three-track demo with the three of us, with Toby on bass. We gave out 3,000 copies of those – we handed them out at gigs and stuff.
Oli: It was fun, burning each one…
Paul: Yeah… and there was this band, called Testswitch Isolator, a grind band, and they heard us on MySpace and recommended this guy. So Lewis came down to rehearsal and he was perfect, too. We tried a load of other bassists, but they were all wearing Korn hoodies and stuff, trying to play Red Hot Chili Peppers.

So you don’t like Korn at all?
Lewis: It’s actually before my time, ‘cause I’m so young.
Oli: My copy of the first album got stolen, but I would still like to have a copy of it. The first one is good!

So the EP, And with the right kind of eyes… (review), was the first thing you released as a five-piece? How did it come to be released?
Paul: Function is run by two friends of ours who started that label fucking ages ago. Benny and I knew them ‘cause we were in Escanna, and Toby… I don’t even know how you knew them…
Toby: Just through gigs, really. We played, with my old band Strobe 45, with Escanna in Aldershot, with Lebatol, and Shane from Function is in Lebatol. Basically we met that way, and they promised to release our first record.

And it did well, so far as the critics were concerned…
Paul: It got pretty much all good reviews. I think we got one really bad review, but that’s nice.
Lewis: It wasn’t like a mediocre review or anything, it was a proper shit piece. So people either really like it or they really hate it! Which is better than sitting on a fence.
Oli: They sold a lot quicker than we expected, I think. The first run of 500 sold out in just under two months. We’ve almost sold all the next run, too. Hopefully we’ll sell out of the EP in the run up to the album.

Speaking of which, it must be nice to have the album in the proverbial bag?
Paul: It’s good to have it done so that we can listen to it, but it’s frustrating – you want to get it out now, but it won’t be out until August or September.

Will lovers of the EP be surprised by anything on the album?
Paul: It’s more technical than the EP, and more hectic in places, but at the same time it’s got more pop in it. It’s a lot more melodic than the EP was, with plenty of vocal harmonies.
Oli: Alex [Newport] spent a long time on the vocals – he was really particular about that. When we didn’t have ideas as to what to do with vocals, or backing vocals, he’d just suggest what we could try.

What was it like working with Alex? Was he like a sixth member, almost, given his amazing experience?
Paul: A little bit, but he wasn’t too into it – he didn’t feel the need to intrude too much as the music, by his own admission, was tough for him to understand!
Lewis: There were some parts of it where he’d say, ‘With this part, I have no idea what you’re doing… I can’t judge what time it’s in because I’ve no idea what’s going on’. And we were like, we don’t know either! We don’t really know how it works…
Paul: We just make mistakes in weird time signatures and then try to do it again. We don’t actually know time signatures that well, but manage to come up with stuff anyway.

And did working with Alex live up to any expectations you may have had prior to beginning recording?
Paul: Working with Alex wasn’t what I expected. Recording the EP was a piece of piss, as with the album we were subjected to more stress. We had only so much time, and only so large a budget. We were being a little ambitious, I think, with only booking two weeks – we had to drop one song as we didn’t have time to record it. We’re perfectionists when it comes to recording, too, so Alex had to take control sometimes and say, ‘You NEED to get this part over with’. He was totally essential when it came to us getting the album done on time.
Oli: He knew what was important, as well. He said that the two key things were the drums and the vocals, which both needed to be tight; the guitars could be looser because the style is edgy and he wanted a live feel to that side of the record.

Do you have any particular expectations for the album?
Paul: Just to make us a bit more popular I guess – I’d like for our shows to be a bit busier, and I’d like what any band wants, I guess, to get that little bit further. It’s starting to happen, but when you’re on the other side of the fence you’re never comfortable in expecting too much. We’ve played with so many bands, so many times, so we realise how long it takes to get anywhere in music, and how hard it is. Especially somewhere like London.
Oli: I think the vocals make a massive difference on this record. A lot of them sound different to what we had on the EP, and some of the new songs are ‘wow’ once the vocals were laid down.

Toby, your voice went did it not? (Read the diary, here)
Toby: Yeah. Our friend Dean was the assistant engineer, and he was ill. It went around and when it came to me, it was time to do the vocals. I did two songs in an evening and the rest the next day, and my throat was killing. Alex was really good – he made me go through each line ‘til I got it.

What about touring the record – word is you’re doing some dates with Rolo Tomassi in the summer…
Paul: Half of those Rolo Tomassi dates are booked, and we’ve a tour coming up in May with Secondsmile, who we’re doing a split with. Tomassi is the last two weeks of July. The split is on BSM, too.

Meet Me In St Louis play the next DiScover Club, at London’s Notting Hill Arts Club, on May 5. The free-entry show – open to over-18s only – runs from 4pm until 8pm and also features the excellent Chow Chow (DiScover feature) and Favours For Sailors (track played on DiScover Five – download here). The show is run in conjunction with Rough Trade Shops – click here for more details.

MMISL’s tour dates look a lot like the ones found at their MySpace. So click here to read them and to hear tracks. Their split single with Secondsmile is released in June.