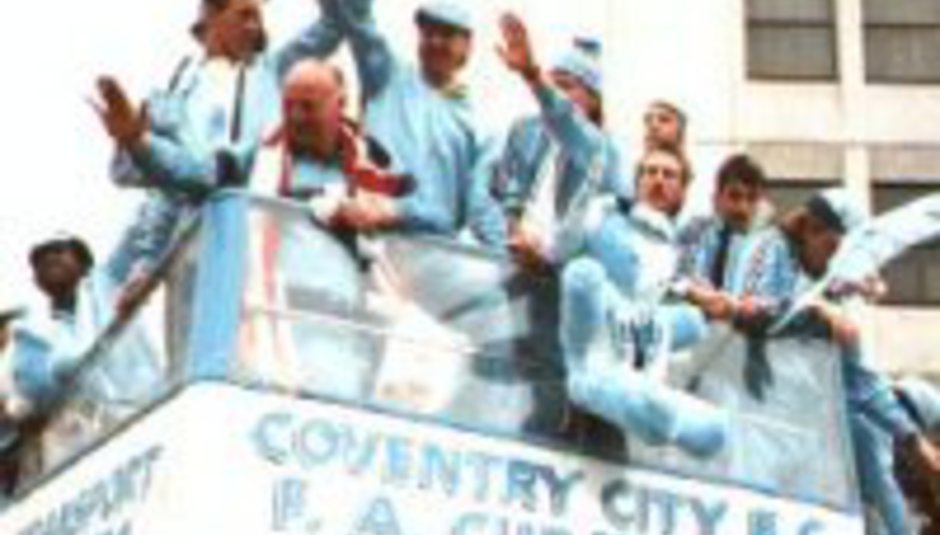 With the nation’s – nay, the world’s – greatest football cup competition nearing its final stages, and with many a DiS-supported team still in the running to lift the FA Cup this May at Wembley, DiS’s Gareth Dobson picks his 4-4-2 of indie-rock.

As we all know, football and music is closely entwined. And no, I'm not simply talking about Oasis' pronounced love for Manchester City, the Lightning Seeds being the spiritual soundtrack for all great goals scored in a quick-fire montage, and nor am I ruminating on New Order giving us the best football song of all time (that's ‘World in Motion’, obviously).

No, I’m talking about how footballers and musicians are interchangeable. In fact, just to prove this theory, I'm going to give you my all-time dream football starting XI. In indie-rock terms.

Without further ado (and, of course, in the classic 4-4-2 formation), here's the eleven who would win any theoretical musical football world cup. Eccentric custodian of Team Indie-Rock’s goal. Presence and command of his area, this player frequently pulls off breath-taking stops, yet is prone to the occasional clanger. Hard working yet undervalued member of the side. Whilst lacking any real magic, this player's comfortably held onto his position for a number of years, whilst amassing an impressive amount of international honours. Others, however, are still not convinced of his pedigree. Steady as a rock, this stalwart of many seasons has proven himself to be one of the most reliable performers over the past 15 years. Unlikely to wow punters with any on-the-ball magic, but rarely puts a foot wrong. Strong in the tackle and with enough stamina to boot, and effective up front as well as at the back. A veteran of many years, this man begins each season desperate to prove that time has not allayed his qualities. A strong presence on and off the pitch, he's loved by the older generation. However, younger fans fail to see his qualities and are tired of hearing about him in his pomp. Left Back: Andy Bell Oasis/Ride/Hurricane No.1

The problem position in the team sees Bell shoehorned into a role which he's not known for. Whilst comfortable on a day-to-day basis, struggles against top class opposition. Hankers for a switch to his favourite spot, but kept out by superior players. Happy to play a role in the meantime. Solid midfield man struggling to make the grade following a blistering start to his career. Assumed he would mature into a good all-round player, yet the suspicion remains that he was carried by others around him whilst coming through the ranks. Lucky to still be playing top-class football. Not particularly fancy, yet solid and dependable, dictating the rhythm of play and always there to link the defence and the midfield. Covers well and puts in the sort of shift that the fans love. A fan favourite, if not a club legend. Unorthodox yet visionary string puller adept at seeing the space that no-one else could possibly spot. Worshipped by the crowd and seen as the true king of the park. Undoubtedly talented, and with enough flair to woo any crowd, this lithe enigma is burdened with enough ego and selfish self belief to wow or frustrate for 90 minutes. Something of a terrace icon - the local boy made good. Spry, slight and touched with a turn of skill to evade any close marking, this virtuoso fan favourite is worshipped by his fans. Others however, doubt his ability to last the full stretch. Moments of magic marred by some spectacular misses. Seasoned watchers however, still mourn the end of the forward partnership that marked his early rise to stardom. No-nonsense forward whose every touch currently turns to goals; a young prodigy who started off with a phenomenal strike rate. However, experts and critics now wonder if the young man has peaked too early; others believe the best is yet to come and he'll be topping the scoring charts for years yet.

DiScuss: Go on then, football-fancying music-lovers, pick us some substitutes…