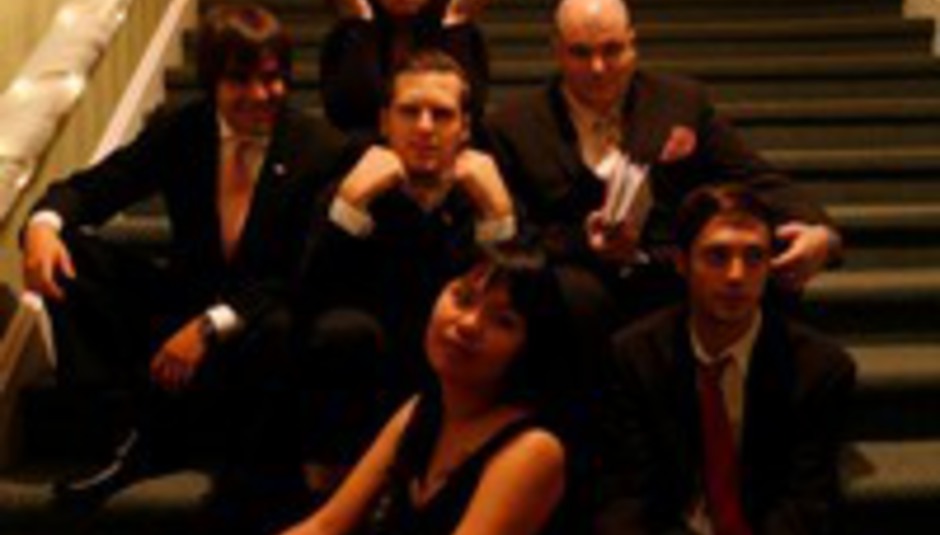 Some Questions: F*cked Up

Some Questions: F*cked Up

Fucked Up aren’t your average punk-rockers. The Toronto quintet is deadly serious about their chosen art, and decidedly more savage of song than many a peer. They don’t aim to perfect their art, though – this is catharsis at its finest, expression at its most violent.

Comprised of Pink Eyes (vocals), Concentration Camp (guitar), Mr Jo (drums), Mustard Gas (bass) and 10,000 Marbles (guitar), Fucked Up have been together since 2001; their debut album, Hidden World, was released via Jade Tree earlier this year to rapturous. A seven-inch, ‘Triumph Of Life’ preceded it in August.

The band is to hit the UK later this month – between Christmas and the New Year – for five sure-to-be-explosive shows. They stop in London on December 27 and 31, Manchester on 28, Leeds on 29 and Sheffield on 30 – click here for all the details.

DiS invited the band to answer Some Questions, and their vocalist Pink Eyes very kindly responded. Do enjoy…

If you could be drowned in anything, what would it be?
Pepsi... preferably of the Mexican variety.

Apple Mac or PC? And why?
Mac... because it is real easy to use.

If you could make one already-written book as important and integral to Western society as the Bible, what would it be?
(Carl) Panzram's autobiography.

Do you believe in a God?
I wish I did, but I don't really.

Have you had any near-death experiences?
Last year on the way to a huge wrestling match in the States the car I was in got T-boned.

What is your favourite country and why?
Japan. To me it is a cultural mecca and has been somewhere I have wanted to go my whole life. I have a picture I cut out of a magazine of a Japanese record store and on one wall alone I can see most of the records I have been looking for. And I'm real into Japanese film and food.

Who is your favourite non-musical celebrity and why?
Paul Williams. To me, he will always be Swan from Phantom Of The Paradise, and he is crazy.


What has been your most notable experience with fans and admirers?
A 14-year-old girl telling me she would take her shirt off if we played another song and a Nazi dude singing along at the same show. Not a good experience, but more of a tragic one that made me question why we do this band.

You spend so much time together, how do you stay friends?
Easy, we weren't friends to start with.

What advice would you give someone coming to one of your gigs?
You are going to get wet, or look away if you don't like blood.

What's your favourite booze and why?
You booze, you lose.

Are you a vegetarian? If so, what are your reasons?
Off and on. I know it is the right choice, but I am the weakest person alive.

What is your favourite fast food and why?
Where to start with this one... I love fast food. I can't pick one... anything that has free refills on soda is alright in my book.

What's your favourite childhood memory?
Being at my grandparents’ house in the summer.

What was your worst haircut?
I once had lightning bolts shaved in to the back of my head.

What part of your body is your least favourite and why?
My hairline, because it has left me and now I have to shave my head all the time.

Pink Eyes recommends that you DiScover Guilt Trip, Mind Eraser and Kim Phuck. He doesn’t like festivals. He couldn’t live without his pets, records and wife. I’m not married, but if I was we’d be three out of three on that front.

Fucked Up play the following shows in December:

Check out Fucked Up at their MySpace, here.