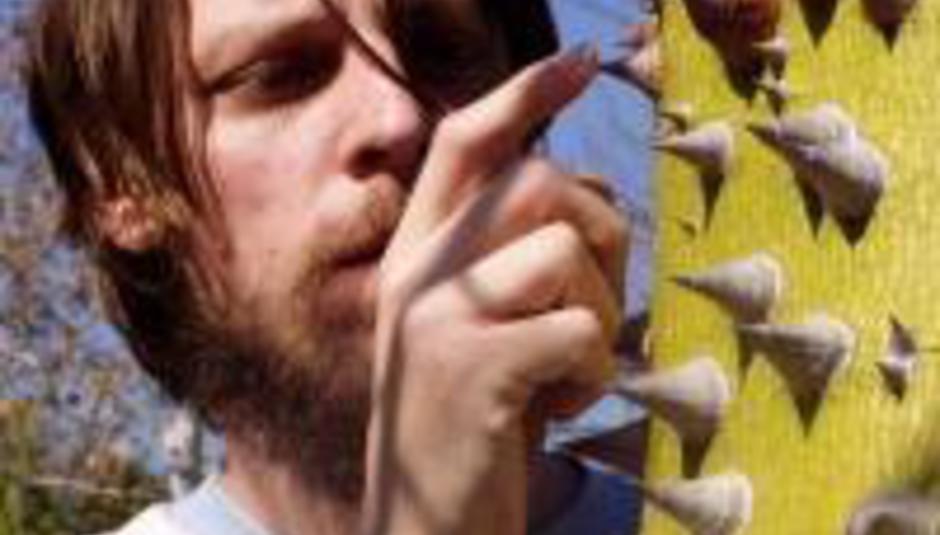 Viking Moses is a man and a band – a man called Brendon Massei and a band called, well, Viking Moses. Where the line between Brendon and Viking lies, we’re not really certain, but the fact is that it matters not: the man’s music is as wonderful when played by one name as it is the other.

Although his MySpace page will tell you that Massei is from Missouri, he’s recently been residing in the Midlands of our own Great Britain. Which is particularly good for us, as he’s kindly making the trip down to London to play at tomorrow’s DiScover Club @ RoTa, DrownedinSound.com’s semi-regular free afternoon of new music at Notting Hill Arts Club (run in conjunction with Rough Trade). He’ll play alongside Adam Gnade, Ape Has Killed Ape and The Monroe Transfer - full details of the show can be found here.

Viking Moses’ debut album proper, Crosses, was released in the UK earlier this year via Poptones; it received a series of rave reviews, such as this one here. Brendon kindly answered a few questions via e-mail; we’re calling the subsequent piece DiScover: Viking Moses. Hey, you’re reading it! Enjoy, and come on down tomorrow for some great times and brilliant music.


What do people mainly call you at shows – Brendon or Viking? Also, you’ve performed and recorded under a variety of pseudonyms, right? Care to run through some of those? Why pick ‘Viking Moses’?

I guess it would depend who's doing the calling... most friends call me by my given name. Viking Moses is a band name, although originally it seemed to be more of a title, or position, given by my friend Spencer Kingman, so you'll have to ask him where he came up with that one. If I had to be called by one of these names, I feel more partial to Moses. I feel more like Moses than a Viking, but what do we know of either, really?

How did you come to work with Poptones? Were they fans of the Crosses record already? Do you think your profile here, pre-official release of said record, was aided by the company you’ve previously kept – you’ve played with Cat Power and Will Oldham, right?

I could be totally wrong about this, but I think DJ Cherrystones came across some of my music, and passed it along to Poptones. At any rate, they wrote me in America with interest to release Crosses, which was already out in the States on Marriage Records. I've supported three shows of Will's in the Palace days, and two of Chan's, and as much as I admire them, and their work, which has, no denying, inspired me, I wouldn't say we've really ‘kept company’, or that we are even that close for that matter. There's no doubt that touring more extensively with other certain friends and artists that I've had the privilege to work with has brought on more attention, but I don't know if any of that really had much of anything to do with Poptones or any other labels wanting to work with me or release my music on an individual level. I would hope that it wouldn't.


Crosses is very focussed upon a central character, Emma. People have obviously come to their own conclusions as to who Emma is (I think it’s meant to be obvious, isn’t it?), but did you have any reservations at all about releasing a record that’s so tied to a certain stage of your life? Or do you see it as a diary entry of sorts, or a necessary act to close a ‘chapter’ of your past?

Haha, I guess people will always come to their own conclusions about most things, or at least be led to them in one way or another. I know who ‘Emma’ was, and anyone else may try to fill those shoes with whomever they see fit, but the idea wasn't so much to paint a picture of a woman as it was to offer tribute to an encounter, which was set not only by two selves, but by time, place, and weather. I am feeling more reserved now about releasing that story than before, as that encounter was so personal.

But the fact that the story is delivered as vaguely and simply as it is, as far as the time, place and weather are concerned, encourages me to share it with others, as they're simple thoughts, that most anyone, I reckon, can relate to. The writing of a few certain Crosses songs on their own, perhaps, dealt with or assisted that transition. But as a whole, releasing this story was in no way necessary to adjust to that change. I wouldn't have shared it had that chapter not been closed. To do otherwise would contradict the story itself, and would seek an attention I'm not after, a rather unhealthy attention that I deliberately steer myself from, and hope to encourage and inspire others in a more positive way to do the same, however they choose to occupy themselves and view the world around them. I have no aim to invalidate pain or emotions we express with suffering of any kind, but i feel it's important to also express life's other emotions to paint an honest picture of life's events. To respect and understand this balance in a realistic manner is my idea of doing the same for life itself, which I find so little in popular culture and media today. Simple thoughts as life and love often need no explaining, yet they continue to be exploited and distorted by-way-of exhausting one side of the picture, whether it be hopeless agony, frustrated anger, or fantastic delusions of happiness. Perhaps this is why nearly the only things a few of us find enjoyment in watching on television these days are nature documentaries and cartoon sitcoms. I can't usually tolerate listening to most radio shows for more than a few minutes...

Wow! How did I end up bitching about all this stuff? You didn't even have to use journalistic probing techniques! You are quite the sneaky interviewer, you! What other tricks have you got up your sleeve?! Ha! Anyway, this isn't to say my work would have more to offer the world than what mass media provides, or anything. But yeah, in short, I feel to live is to grow, to grow is to move on from the past, and I feel reserved to exploit my past in a autobiographical way, but to make it vague, and share what I've learned in an anonymously told story offers more to relate where simple thoughts as life and love are concerned, and this is my microscopic contribution to whoever can use it.


Are you more comfortable playing with a full band, or solo? Do you ever mix and match the two approaches during a set? At Notting Hill, will you be performing solo?

My preference of playing solo or with a band depends much on the evening, the venue, the audience, hunger, stress and energy levels, and every other variable that goes into a show. But most of the time, whether or not I play with a band has more to do with others' availability.
Most the shows I do are pretty last minute, and I don't usually take more money than travel costs, if even that, and most people I play music with have other bands and jobs they're committed to, so it’s difficult to expect someone to cancel their own show, or job, get on a train with me at their own expense, jump on a stage and clown around with me for a half-hour every night. This is also why, on the rare occasion there's a band present, it's usually thrown together. I was hoping to have a band for this Saturday night's show, but it's probably gonna be a quiet solo set, if that's okay with you all.


Your MySpace page notes that you’re from Missouri , yet you’re based in England – are you a natural wanderer, and if so what sparked this desire to travel? Do your movements inspire your songs directly? Do particular environments enable you to work in certain ways, or produce certain records?

I have spent most of my life in Missouri. My parents were truck drivers. My mom drove an eighteen-wheeler during most of her pregnancy with me, and for a while after I was born. Maybe this had a long-term effect on my behaviour, but I don't like to think so. It seems most living things either adapt to their immediate environment, or move in search of something better. People have wandered far before there were trucks and truck-driver parents. Curiosity, discontent, and fear have long propelled me along, but anymore, I find myself moved about by ‘climate’ changes and a mild sense of having a little something to offer. I haven't really got a wanderlust when it comes to having a place to live, but I do enjoy being able to experience unfamiliar places and people, and when I can, coexist, even if for a short while. I've handed over the wheel a while back, I am merely a passenger these days, and I tend not to wonder where I'm headed. Travelling seems to have no more influence than anything else great or small in life as far as my creativity is concerned. I almost never write songs when travelling. So far, I've worked more efficiently when I've had a comfortable and stable home.

Are you in England for the long haul, or can you see yourself moving elsewhere? What keeps you here? I think a good many Englishmen can’t wait to leave the place!

I can't begin to imagine how short or long I'll be in England, or anywhere for that matter. I do love it here, and at this point, I couldn't see myself any happier anywhere else, and there are several reasons for this, really, some even being nothing at all to do with what brought me here.

I see you’re playing a number of shows between now and the New Year, but what does next year hold in store for Viking Moses?

Finally, have you had the chance to listen to any of the other acts performing on Saturday? Any opinions…?

Adam Gnade is my penpal, but I haven't heard anyone's music who'll be performing Saturday night. I'm eager to see and hear everyone!

Thank you for the time and effort to have me for this interview, and for inviting me to the DiScover Club! Looking forward to this!
Truly,
Brosey McWindbag

Viking Moses’ Crosses album is out now on Poptones – find out more at his MySpace page, here. Full details of the Notting Hill show can be found here.

To read interviews with the other acts playing tomorrow’s show, please click the relevant link below…