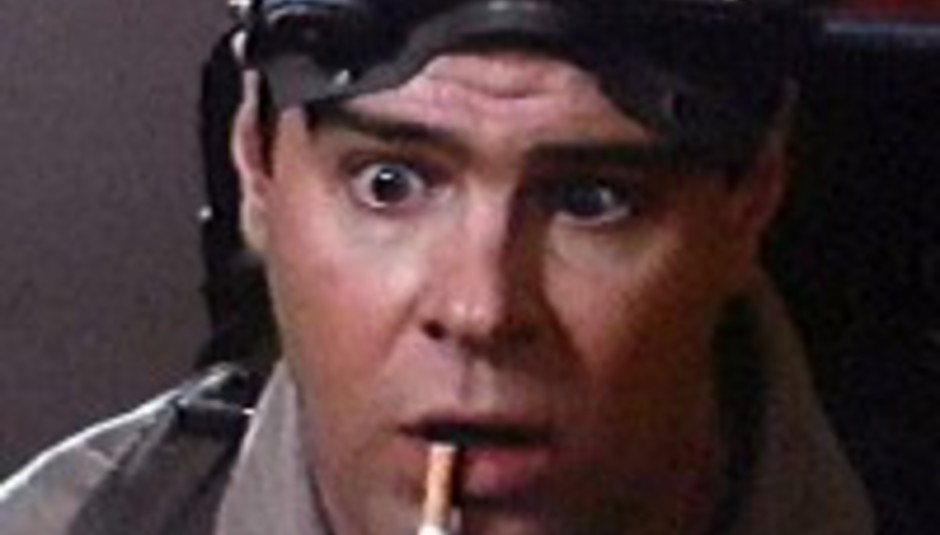 Yes, we realise this month’s A Month In Records is roughly a week late, but we’ve been suffering from something of an Our 66 hangover (click it for a link!). It’s okay, though: the painkillers have finally kicked in and, a few sour faces aside, we’re firing on all cylinders again. And those faces have nothing to do with any compiling of ridiculously time-consuming album countdowns; we’re just a bit gutted that last night was Les Incompétents’ final show. Boo, but also yay, in a funny sorta way.

October witnessed the release of a number of frankly fantastic albums; granted, we at the DiSopolis had our heads buried in html rather too much of the time to notice said great records, but our esteemed team of writers and reporters and scribes and slags told us all about them. And here are some of them, again! In a kinda compilation feature type-o-thang. Much like Our 66, but shorter. Mercifully…

Seriously, we didn’t even get time to go bust any ghosts! Sheeeesh… PJ Harvey
The Peel Sessions – 1991 – 2004
(Island – review here)
Polly Jean was just one of a flood of artists to release a Peel Sessions compilation recently, but hers is absolutely the pick of the bunch. Says our reviewer: “this is an album one can easily listen through as a coherent, worthy whole – it fits and works together perfectly despite the fact that the songs showcase the development of a thirteen-year career; and it’s a career damn worth showcasing.” A blatantly obvious must-have for any long-term fans, Harvey’s The Peel Sessions also allows newcomers to her music an insight into her rather rawer roots.

Souls She Said
As Templar Nights
(Poptones – review here)
The long-awaited debut album from The Icarus Line’s Joe Cardamone and Don Devore did not disappoint: one minute a disco-dancing everyone on the floor now strut-punk affair, the next a slow-burning ‘n’ gurning stoner essential, As Templar Nights manages to maintain a peculiar consistency and coherency across its admittedly brief running time. Says our man with the plan: “Souls She Said are acerbic and sweet, stretched and contained, claustrophobic and spaced out”. Us, we like the sound of that muchly; you, you’ll probably agree, no? Andrew Bird
Fingerlings 3
(self-released – review here)
In the words of our ace reviewer Mr Jez Burrows: “You'd best prepare yourself. Because as you stand in the shadows, the roads down which these songs are travelling in your head are about to take unexpected left and right turns, the odd hairpin or careering curve - melodies expand and contract like anxious lungs, lyrics rewrite themselves in the air. It's almost an injustice to have these songs, so gracefully played and replayed in your head, retooled before your eyes.” Intrigued? You bet you are, so go read about Mr Bird right now. Deftones
Saturday Night Wrist
(Maverick – review here)
The Californian quintet’s fifth studio album left few fans disappointed: those expecting a wandering away from all things heavy were surprised by Saturday Night Wrist’s forceful guitars and pulverising drums, while those fearing an erratically assembled album a la their great in places self-titled effort were relieved to hear that Deftones had crafted an album that could be consumed remarkably well as a whole. Deftones are now operating in creative circles that few metal acts can reach. A great album. Orko
Creating Short Fiction
(Gravity DIP – review here)
If all ‘emo’ actually sounded like Orko, it almost certainly wouldn’t have become the dirty word it is today, a catchall for any guitar-toting outfit who match pop riffs to diary page lyricism. Emo in the rather more archaic sense of the categorisation, Orko owe a fair debt to the likes of Rival Schools and Far; yet plagiarism isn’t particularly high in their agenda, and they add their own twists and turns on Creating Short Fiction. Says our reviewer: “Creating Short Fiction is an exciting first chapter in what I hope will be a lengthy story”. Nice!

But wait! There were other grand records released in October, so check these out before you move on with your months: Converge’s No More Heroes (review); Sodastream’s Reservations (review); Adrian Klumpes’ Be Still (review); Subtle’s For Hero: For Fool (review); and A Hawk And A Hacksaw’s The Way The Wind Blows (review).

Wanna know about singles and great live gigs of the month known as October 2006? Then you’ve read on to the right place. On the singles front, the month saw The Good The Bad And The Queen release ‘Herculean’ to a decidedly ace nine-outta ten here; Bat For Lashes continue her campaign to steal away the heart of every indie boy in the land with the release of ‘Trophy’ (review); CSS tear the dancefloor into shreds with the impossible to rid from your skull ‘Alala’ (review); The Long Blondes break into the top thirty with ‘Once And Never Again’ (review); and Field Music put things a little ‘In Context’ (review). And that’s just a scratching of the surface! Click here to browse our recent singles reviews.

Highlight’s of the month’s live calendar included (click names for review links) Frank Turner in Devises, Mates Of State in London, Ed Harcourt in Glasgow, The Raconteurs in Newcastle, The Long Blondes in Cambridge, The Lemonheads in Nottingham, Patrick Wolf in Norwich, and The Victorian English Gentlemens Club in Leicester. Us, London-centric? T’would appear not, dear readers!

The DiScover Record Of The Month A raging, cheap-keys-bashing, guitar-mangling, throat-hoarsening, killer-hook-filled, screaming-teen-featuring, unashamedly-fun EP – five tracks in twenty-five minutes – this debut from Sheffield youngsters Rolo Tomassi simply stole our breath away. Think along the lines of Trencher, Blood Brothers, Daughters, et cetera, but take away any of those bands’ off-putting aggressiveness and replace it with tomfoolery and give-a-fuck frivolity. Yes, we like this A LOT. Read more about the band at their MySpace, here, and read our review here.