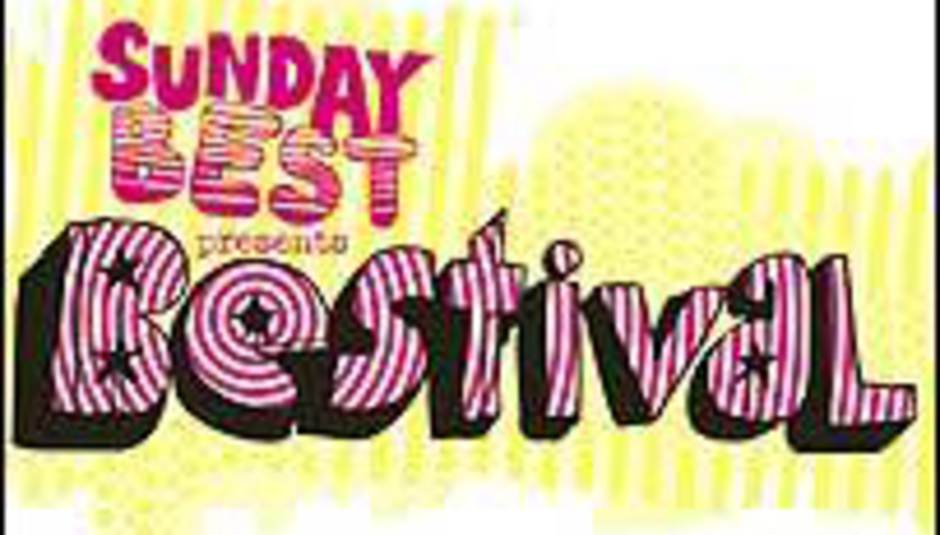 Yeah! DiS is going to the Isle Of Wight! The Isle of What? WIGHT! YEAH!

It's Bestival this weekend (September 8-10), and while it's meant to be the last festival of the year, it's obviously not because there are more coming up. Or maybe it's just meant to be the best? Whatever. It's certainly the biggest Bestival yet, anyway, with some 250 acts - there or thereabouts - performing over three days.

Anyway. It's curated by Rob da Bank of Radio 1 fame (who we interviewed here) and we will have coverage of the best bits of the festival on ready for your eager eyes next week! Are you as excited about that as we are? We are excited!

Alright. Here's ten bands that we think you should go and see. If you're at Bestival, obviously.

1 Gogol Bordello
Main Stage - Friday
Their live show is absolutely amazing and, after being afforded the luxury of a headline set, they will prove to be absolutely unmissable. If you do one thing all weekend, go see this.

2 Grizzly Bear
Rock n Roll Tent – Saturday
It just sounds like the stuff you kids love. Words like ‘mournful’ and ‘melancholy’ are bandied around at will and instruments like whistles and banjos are mentioned.

3 Archie Bronson Outfit
Lost & Sound - Saturday
Their groovy, retro rock ‘n’ roll went down an absolute storm at Reading and I can’t see any reason why it won’t do the same here. Maybe if they’re tired. But they won’t be!

4 Eddy Temple Morris
Hidden Disco - Friday
There’s a fun time to be had when Eddy’s on the decks, confusing his genres into bumming each other into mental mash-ups of wicked music.

5 Jeremy Warmsley
The Big Top - Friday
If this young eccentric isn’t playing with apples and canaries he’ll be trying to sound completely different to any other singer-songwriter out there. That’s a good thing, too.

6 iLiKETRAiNS
Rock ‘N’ Roll Tent - Friday
The five have recently had their ‘look’ stolen by My Chemical Romance. However, there is nothing at all emo about their epic, apocalyptic, and factually-strong post-rock.

8 Bat For Lashes
Rock ‘N’ Roll Tent - Sunday
Loads has already written about this young lady. Each piece knowingly states that her name is actually Natasha Khan and that she plays songs of heartbreak as if backed by a marching band. Look out for a DiScover interview with Khan next week.

9 Pet Shop Boys
Main Stage - Saturday
I don’t usually include one headliner in previews like this, let alone two, but the Pet Shop Boys are fucking legends. If you don’t go see them you’re very, very silly.

The Bestival website, where the full line-up can be seen, is here. Although weekend tickets are sold out, day tickets are still available from all Isle Of Wight Tourism offices, Red Funnel and Wightlink offices, the IOW College and the venue itself. See you on the ferry!