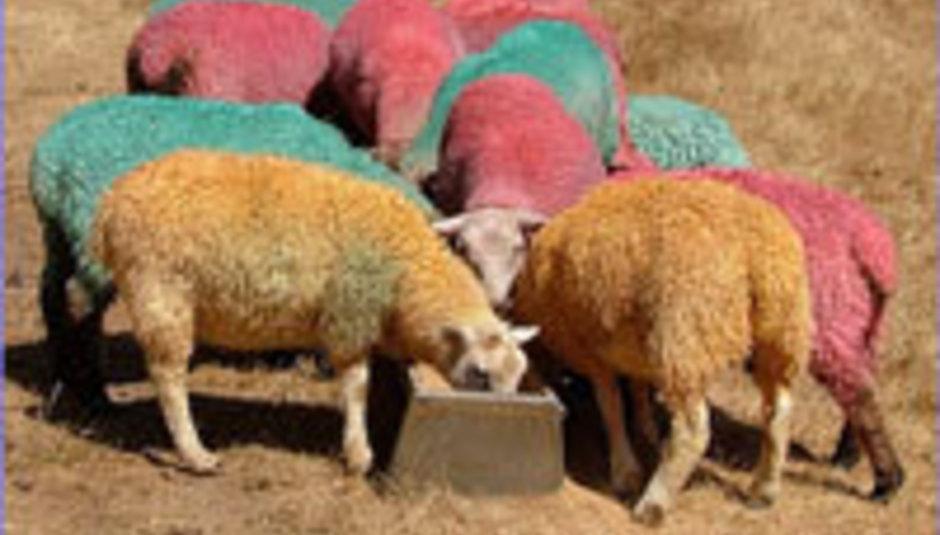 2006 has given rise to a brand new event: Latitude Festival. An idyllic setting, a variety of arts, weird and wonderful scenery and a laid-back atmosphere are the framework for the gathering in a park in the heart of Suffolk, or as some ignorantly call it – the middle of nowhere.

A quick glance at the site suggests that this festival is different from your average teenagers-in-tents affair: this is a small event with a beautiful backdrop, a place untouched by the virus of big-business sponsorship and corporate hoardings. Upon closer inspection, though, the stale, tireless advertising we’re used to in everyday life becomes apparent, its stench only matched by the smell of the festival toilets at the end of the weekend. Regardless, the artists performing at Latitude are worthy enough to out-shadow these criticisms, and Drowned in Sound sets out to get a sample of the festival in its debut year.

Friday night sees headliners Snow Patrol and The Zutons bring out the two-CDs-a-year music fan, while the rest of us strive to check out artists with enough credibility to warrant time out of the campsite. Kicking things off for DiS (musically) with The Noisettes (7/10), with their hyperactive brand of rock ‘n’ roll injecting some life into the gathering crowds. Unfortunately, The Veils (5) can't keep up the energy – sterile and lifeless indie-rock is the name of their game, and you can’t help but wonder why the rest of the band bother playing with a vocalist firmly set on screeching and whining his way through a 30-minute set. In contrast, The Pipettes (8) happily wield their magic in the Uncut Arena, creating a perfect soundtrack to sitting in the sun, while The Crimea (5) and Cord (4) bore much of the crowd senseless in the Obelisk Arena. Fun? Not really, but the Friday line-up was never looking attractive in the first place.

DiS then runs over to catch some of The Early Years (7) between watching poetry and ‘milling about’; the band's post-rock soundscapes on the Friday are enough to get DiS transfixed to the sound of a band who - with a little work - may well become as credible as the other notable post-rock act the bill. Musically, Friday proves disappointing - the fact that DiS spends around five hours in the poetry tent says something about the line-up; the banality of artists performing on the festival's first day leaves us a bit cold.

Yes! Saturday arrives, full of gleeful curiosity as to what diversity might catch the eye of the discerning music fan. If there was one day that promised to leave a trail of memories behind, then the Saturday was that day. DiS awakens with Youthmovies (9), and after the dilemma of choosing between rising folk star Findlay Brown and these hotly-tipped experimentalists, DiS is pleasantly surprised to seeing a band that successfully pulls off 40 minutes of improvisation, with stunning visuals to match. Moving on, we sit outside and watch Polytechnic (7) whose loveable indie-pop comprises a nice enough comedown after Youthmovies’ set. What can we say about Camille (9)? She’s beautiful, quirky, charming, talented and fun. Her avant-garde pop musings are enough to get the crowd on their feet, but it's rather humorous to see dazed looks from audience members' faces when she asks them to join her in making animal noises – an artist to watch out for, we reckon.

You must have heard of Guillemots (8) by now, and in Fyfe Dangerfield they have a true front man, the crowd singing back each lyric as if it were their own. One example is the performance of 'Made-up Lovesong #43', delivered at the pinnacle of their set. British Sea Power (9) also impress, with the highlight coming in the form of a wrestling match between band members on a stage stuffed with green foliage, and the performance of the ever-lovely 'Please Stand Up'. Punk legend Patti Smith (8) wows the gathering crowds, but it’s the headliners Antony And The Johnsons (10) whose finesse and charm on record manifests itself into a set with power, precision and emotion - stealing the show at Latitude. The performance of ‘I Am A Bird Now’ is something that the audience will never forget – a moment where the connection between the audience and Antony is set in stone. Not even the drunks talking at the back can ruin it.

Sunday starts off so well: The Memory Band (9) deliver a stunning re-working of The Wicker Man soundtrack, which is complimented by film itself shown on the big screen - both are truly awe-inspiring. Part Chimp (7) play their hearts out, bless ‘em, but this is not an audience that are willing to get excited by fast, sludgy rock ‘n’ roll. After that onslaught of noise, DiS hears that My Latest Novel (6) are playing in the Sunrise Arena, so hurries along to see them. They aren't particuarlly bad, but they seem unusually boring. It may be impossible to pass judgement on Nicky Wire’s set as we only catch the end, but the music sounds like a bad Manic Street Preachers b-side – I think we all know that’s not a good thing. Shortly after, King Creosote (8) gets the crowd going, and although many aren’t familiar with his work, the band still captures the listener’s attention.

Opening with ‘The Boy Who Ran Away’, Mystery Jets (8) are everything you could want a band to be at a festival: energetic, loud and exciting. They run through tracks from their Making Dens LP with both style and substance. After all that, the stage is set for Regina Spektor (8). Armed with a guitar and piano, she hooks the audience, who in turn relay back every lyric that she sings. The response is so great that she receives cheers for an encore, and an encore is what the crowd receive. Likewise, Sunday night headliners Mogwai (9) impress, and what an impressive finale they provide. The post-rock stalwarts play through the best of Mr Beast, with ‘Mogwai Fear Satan’ even making an appearance in the set. The set's bombastically exhilarating, and combined with the mesmerizing light show it equals an impressive end to an already great weekend.

Of course, Latitude Festival incorporates other art forms into the proceedings, and one of those is poetry. I - Ben Yates - had never been a fan of poetry until now; it always seemed too confusing to care, or maybe it was the fact that the only poetry I’d encountered was written by overtly pretentious middle-aged women. At Latitude though, I became a convert; from the intensity of Saul Williams’ politically fuelled set to the raw humour of Luke Wright’s attack on Richard Maidley and mobile phones, the poetry is as diverse and interesting as the music line-up. In truth, I'm a bit lost during David Jay’s set; something tells me I’d have to hear it twice before I could begin to understand his energetic political ramblings. No such problem with Polar Bear though, Birmingham’s own poet laureate airs his street-inspired work that has the audience holding on to every single word. Honourable mentions go out to Joe Dunthorne as well whose poetry was both funny and challenging. The organisers severely underestimated the turn out for the poetry; the tent was packed out from morning to night, and I’m sure I wasn’t the only convert in the audience.

Roll on next year, hopefully!

Photo of some Sheep, courtesy of Simon_K