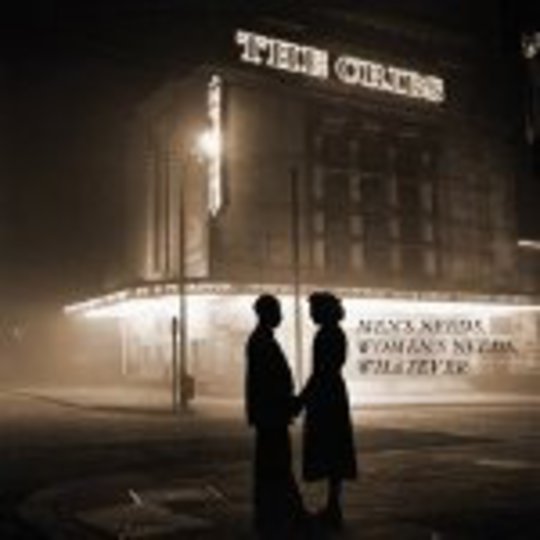 Go on, admit it: Yorkshire’s punk as fuck. It doesn’t like talking about its feelings. And it’s instantly suspicious of poseurs with ideas above their station: ‘Appen tha’s a bit too pleased wi’ tha’sen, cocker.

The Cribs are gloriously both; purveyors of a stunted romanticism and bullish, anti-fashionista zeal that should put them firmly in the hearts of every misguided teen across the nation. Where other bands ponce about with fiddly arrangements or jarring time signatures, The Cribs cut to the quick with a killer three-note riff and a cussing line about the mirror kissers and self-servers of the world.

Their onstage transformation from incorrigible musical illiterates into a live proposition of genuine power and intensity is by now the stuff of legend, but up until now much of their energy has been lost in translation en route to pressing factory, with a patchy recorded output characterised by indifferent recording and production values.

So when news surfaced that Franz Ferdinand’s Alex Kapranos was to produce the new album, it seemed a window of opportunity had arisen for Wakefield’s finest sons to finally make good on their promise, and hopefully sell a truckload of records into the bargain.

Happily, first single ‘A Man’s Needs’ seems tailor-made to do just that. Opening with a crisp snare and peaking with a dazzling flurry of guitar stabs that can’t quite admit to itself that it’s a solo, it succeeds in putting the shine on the band’s scuffed melodicism while retaining much of its bite. Let’s just hope an inexplicably bad video doesn’t put the skids under its momentum.

It’s also a reliable indication of what follows – there’ll be no broadening of musical horizons here, thanks very much, only the exhilarating sound of a band raising its game for a shot at the big time. Ultimately, Men’s Needs… is brighter, sharper and just plain better than anything The Cribs have produced to date.

Tellingly, the scenester bashing proves to be an enduring past-time, almost as if the band is trying to pre-empt sell-out accusations with a succession of gleeful put-downs: “You’d never exist if you wasn’t generic / You’re out to impress our bovine public”, “I'll level accusations like the press / Until you realise that you've dressed yourself in tatters”.

Kapranos’ success as a first-time producer has been to resist temptation to turn the band into a pale imitation; rather, he has shown them for what they’ve always been, a supremely poppy distillation of punk and art rock influences whose unaffected honesty is impossible not to warm to.

No-one likes a meddling critic dictating what the kids should be listening to nowadays, but, sod that: please, please let it be The Cribs.