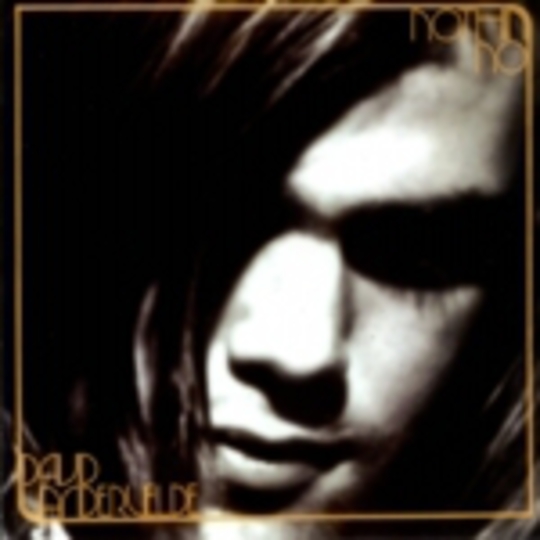 There’s something deliciously matured about the sound of David Vandervelde. The four songs on this Nothin’ No EP sound like they were recorded onto good old-fashioned tape rather than someone’s hard drive – actually, they probably were - and it smacks so much of T-Rex and Bowie that if someone told me it was recorded in 1972, sealed in a vault somewhere and forgotten about until recently, I would probably have no trouble believing it.

As a result, the guitars prickle instead of properly distort, the tracks maxing out occasionally as the volume levels are overloaded, the hint of underlying tape hiss creating an authentic old-time feel. The star of this show is the title track – a highlight of parent album The Moonstation House Band – a lightly-stomping rock number with double-tracked, dry vocals over a simple, slow-to-mid-tempo beat making for that rather stoned feel, the snare drum almost totally masked by the rasping hi-hats for that classic sound of days long gone.

Add to this a head-shaking chorus that sounds like it could have been ‘Life On Mars’ but it much preferred the reserved path over the anthemic, and you have yourself a mini-masterpiece. Yet despite the promising start the rest of the EP does seem a bit downhill from there: the second and third tracks suffer from too much reverb on too thin a vocal line, until each of Vandervelde’s syllables are drawn out on what are already overly-leisurely tempos, slowing everything down and removing any edge, and with the final track being something of a throwaway instrumental, the EP does disappoint slightly after its strong first impressions.

Based on the strength of ‘Nothin’ No’ itself, though, it is still worth a shot for anyone who doesn’t own the album and likes a slice of light ‘70s rock with a hint of glam.

You Took A Scythe Home