You Took A Scythe Home 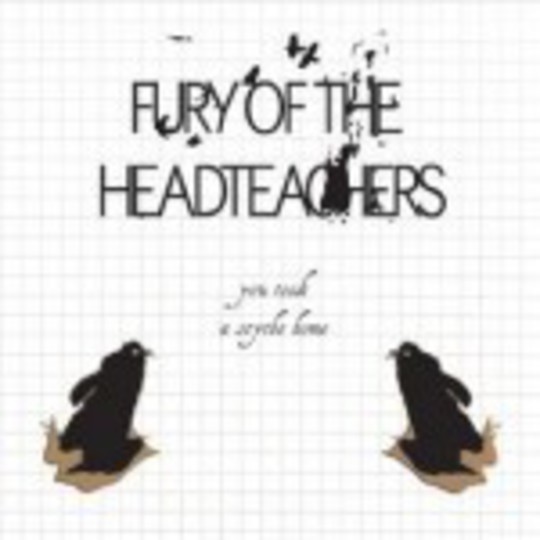 Obviously fans of both Sonic Youth and the Buzzcocks, Sheffield's Fury Of The Headteachers are one of those head-scratching anomalies that you just know would be the bees knees live, but when it comes to making records things just seem to fall short at the final hurdle.

That's not to say they won't eventually get there: the potential from their early singles (all featured here, incidentally) and some of the more ambitious moments on this record suggest that a very good band is just waiting to emerge.

But for all its energy and enthusiasm, You Took A Scythe Home is maybe a couple of songs too long, the majority of which do tend to follow a similar pattern.

When Fury Of The Headteachers do hit the mark, as on incendiary opener 'Fables' or the J Mascis-inspired 'Right Is Right Is Right', they do actually sound like no one else on the circuit at present; loud and angry, fast and frantic. In a similar vein to fellow Yorkshire upstarts Mother Vulpine, each syllable is spat out more ferociously than the last, while the rest of the band thrash away furiously, occasionally drowning out the vocals.

'What Does For You Will Do Me In' and 'Replicas' display a darker, mature side to the band; it might be a sign of where they're heading in the future.

Whatever the outcome, You Took A Scythe Home is a debut record to be proud of. Given time there is no telling what Fury Of The Headteachers could be capable of.