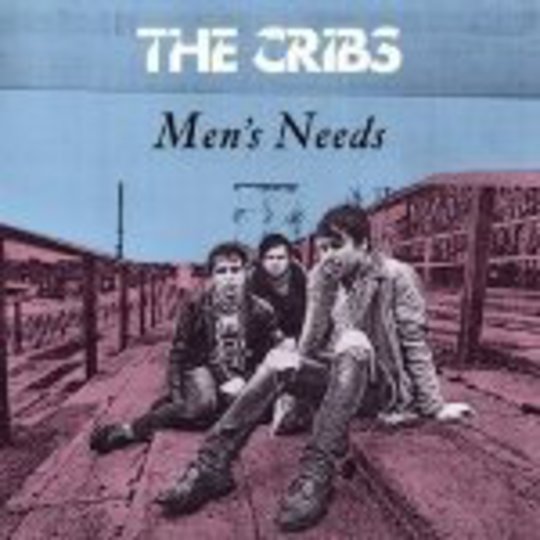 Nothing really changes in the world of the Jarman brothers. New producer, new shiny sound maybe, but they’re still pretty pissed off and disgusted with you. Yes,_ you, with your shiny hair and white belts. “Have you noticed I've never been impressed by your friends from New York and London?”_ sneers Ryan.

Which is fine, but it seems like a fairly disengaged rage; postured piss-ant-ry rather than a hand-delivered letter to the indie world. The exact meaning is unclear: is this a self-slamming diatribe against male selfishness? Or merely a frustrated attempt to communicate one’s shortcomings to a loved one? Or anything at all? Perhaps it’s an expression of a new-found metrosexuality from the Wakefield trio?

But why concern yourself too much? ‘Men’s Needs’ is a tune. It sears along on a bullying, angular riff compulsive listening, collapses in a juddering heap and demands repeat plays and involuntary in-chair movement. What it does on an indie dance-floor doesn’t bear thinking about.

But where do men and women come into it? Well, apparently men are bastards, and women… well, it just doesn’t work, does it?