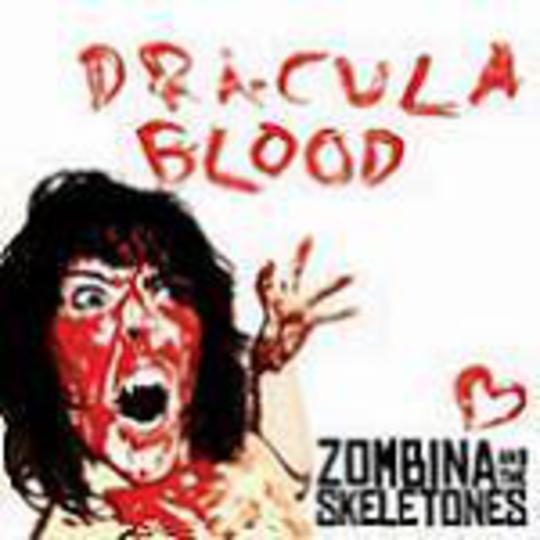 Anyway. ‘Dracula IT’S A WORD Blood’ is the latest single from the undead super-militia of rock‘n’roll that is Zombina and the Skeletones. It’s available on iTunes, it has a remix that’s heavy on the mad laughter and the stripped-down beats, and it’s a joyous silly ditty about being covered in Dracula Blood. What’s not to like?

Aficionados of the Zombina sound will know that it encompasses a variety of genres, all of which are performed with the OTT b-movie relish which makes the band’s sound so recognisable. This particular offering is a straight-forward high-energy synth-rock stomp: fast-paced, daftly worded (“Well check me out / I’m a mutant now”) and definitely requiring that you Dance, Goddammit! even though it’s probably rather too fast paced to allow anything more dignified than a flailing-limbed hyperkinetic enthusiasm.

But hey – what’s wrong with that? Nothing that I can see...

Don't Go Down To Sorrow