Don't Go Down To Sorrow 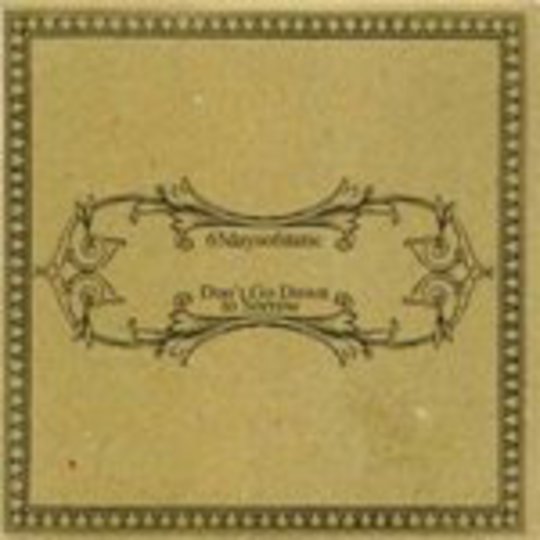 As curtain-raisers go, you’d be hard-pushed to find a lead single from an anticipated album that begins in such a muted manner. ‘Don’t Go Down To Sorrow’ isn’t 65daysofstatic as we’ve come to know them; this is not a band combusting as if reigniting some distant star, their shockwaves rocketing through meteor storms and burning up in the atmosphere, shimmering blue and crimson like a globe-over aurora borealis. It’s introspection processed through computer keys and effects pedals, and the sensation left within the first-time listener isn’t completely pleasurable.

While the Sheffield quartet’s live shows remain a huge draw – the energy generated from four muted individuals is quite staggering, whatever size the stage in question – this isn’t what aficionados nationwide will have anticipated as a taster of third LP The Destruction Of Small Ideas. A workmanlike but hollow exercise in beat crafting, this four-minute radio edit of seven-minute album track lacks the burnt soul of its makers’ past album, One Time For All Time. It lacks the heart that previously separated 65days from their sound-alike peers, and its down-tempo arrangement fails to set the pulse racing a la, for example, ‘Radio Protector’.

A pair of non-album tracks, ‘Morning In The Knife Quarter’ and ‘The Major Cities Of The World Are Being Destroyed One By One By The Monsters’, make this a mildly attractive package for the curious and collector alike, but as a single ‘Don’t Go Down To Sorrow’ just doesn’t work when stripped of album context. It’s a shame to knock a band whose star is rightly in its ascendance, still, but this is not a release of a quality comparable to their previous few discs.

The Destruction Of Small Ideas, though, is another matter entirely.