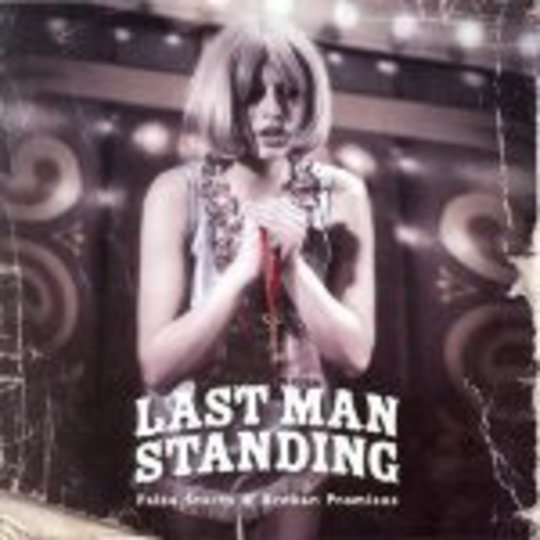 They may only be two members short of a football team, but when it comes to trying out new ideas and operating outside of the norm Last Man Standing are in a league of their own.

Unfortunately, while they score A for effort and application, False Starts And Broken Promises only manages a C- so far as the end result is concerned.

Sure, one can only encourage the mix and match approach that this vast collective have employed on writing and arranging the ten tracks that span this record. However, their experimental nature becomes a little tiresome after a while, particularly when by the eighth composition we're still waiting patiently for something that actually mirrors a structure.

The times when they get it right - 'Everything Must Go', which sounds like vintage Neil Innes or a long lost Cardiacs b-side, or 'A Man Condemned' with its moon-age daydream falsetto lullaby for instance - make Last Man Standing sound like the most audacious combo of synapse busters this side of Uranus.

The less said the better about other parts of the album, though, unless your audio fetish happens to be jazz interpretations of The Rocky Horror Picture Show conjured up in a garage-rock stylee. Some things just aren't meant to go together, no matter how much graft and experience has gone into making the finished article.

Of course, that doesn't mean Last Man Standing should just give up the ghost and retire gracefully. On the contrary: they obviously have too many brain cells tapping away into the projected new sound for that to happen.

Perhaps next time, though, a little more focus would be beneficial, as any more False Starts... could lead to a rather premature ending.