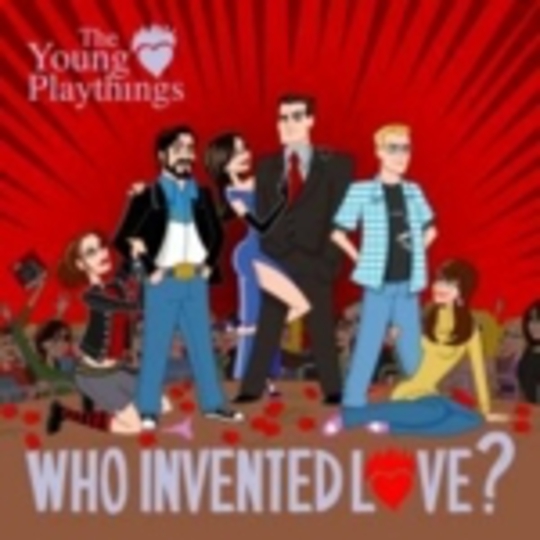 Some all-powerful deity has tried to steer me away from Who Invented Love?. The first copy arrived in more than one piece – many more than one, in fact – and the second starts making otherworldly noises from tenth track ‘The American West’ and refuses to let me get anywhere near its final offering.

Whichever particular superbeing it is that has decided to piss on The Young Playthings’ campfire has probably had enough of handclapping pop-rock; if you share its general disdain for high-pitched, hand-clapping pop-rock, you may divide the score that concludes this review by two. To everyone else: welcome to a harmony-led paradise, where daydreaming boys chase doe-eyed girls from dawn ‘til dusk every day, before returning to their rooms to watch Grease and doodle little hearts in the margins of their songbooks.

The Young Playthings would live here quite happily, and they probably already do, having hot sex with girls they love (‘Hot Sex With A Girl I Love’, in which our heroes spend an entire verse shouting “I feel like a man!” before embarking on the pop-rock lead guitar equivalent of duelling banjos), going all starry-eyed over the rebellious streaks of their dream girls and wearing their hearts on their sleeves so obviously that even some of the most dedicated emo kids would be unable to match the onslaught of feelings fired at them through the fuzzy distortion. Songs like ‘Tune’ may owe a big debt to early Weezer, but Weezer don’t make records featuring lines like “In the bathroom the toiletries are few / and none of these pubes belong to you” anymore, and that is why Who Invented Love? is important to me, and it should be to others.

Let them in and their victory is a swift and painless one – ‘Hot Sex..’ and opener ‘Kimberley Renee’ will prove themselves worthy additions to your playlist in next to no time with their undeniably catchy hooks as beamingly bright and sunny as, well, the sun – but if you aren’t taken in almost immediately by its simple charms, chances are you won’t be at all. With a simple linear structure governing the majority of the songs – verse/chorus/verse/chorus/twiddly guitar solo/chorus to end, with a few adjustments here and there – Who Invented Love? relies heavily on a lyrical approach and vocal style which runs the risk on occasion of getting a little too close to the US-led emo-pop that currently leaves so many with a sick taste in their mouths.

But even though anyone who doesn’t feel like being impressed will have no problem finding reasons not to appreciate it, and the Playthings’ unapologetically fluffy take on life might well make them easy targets for ridicule – what would you expect, incidentally, from a band whose bassist is called Jors Truly? – this particular blend of Pinkerton-era garage-rock, Bleed American emo and a guitar pop sound straight from Fountains of Wayne’s Utopia Parkway makes it very hard not to like. Even when rhyming the word ‘Texas’ with ‘solar plexus’.