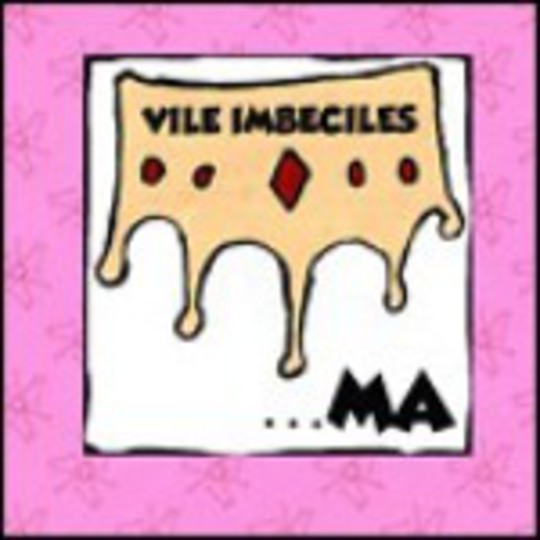 Imagine the blues root underpinning even the most outlandish of Beefheart compositions – Trout Mask Replica included – torn asunder and replaced with a brutish metal bent.

Now imagine his throaty, free-association vocals replaced with the indecipherable gibbers and grunts of a rabid pig snouting for truffles. That’s pretty much what Vile Imbeciles sound like – that, or the sound of all the music that’s been written, ever, being performed at the same time. By a cast of idiots. In hell.

When I first heard it, my reaction was ‘brilliant - I’m not touching this shit with a ten-foot barge pole’. I’m still not sure where this review is going exactly, but then, for a band who describe their essence as ‘making themselves a vessel for accident’, maybe that’s not so inappropriate. It doesn’t help that the perpetrators of these self-professed ‘death jazz’ meanderings offer no real clue as to their origins – Andy Huxley used to be axe-guy for Eighties Matchbox B-Line Disaster, James Hair is ex-of Neil’s Children. This is a frickin’ goth all-stars band!

They don’t even have the decency to be brief, and over three-quarters-of-an-hour of this ear-raping skronk you get the creeping feeling that there’s no method behind the madness, no sliver of inspiration here beyond making the ugliest racket imaginable.

Vile Imbeciles aim at nothing less than complete derangement of the senses. Like an amphetamine shot to the eyeballs, they’ll leave you twitching, shaking, violated - whether you would rather sit through forty five minutes of this or simply take a brickbat to your head is up to you entirely.