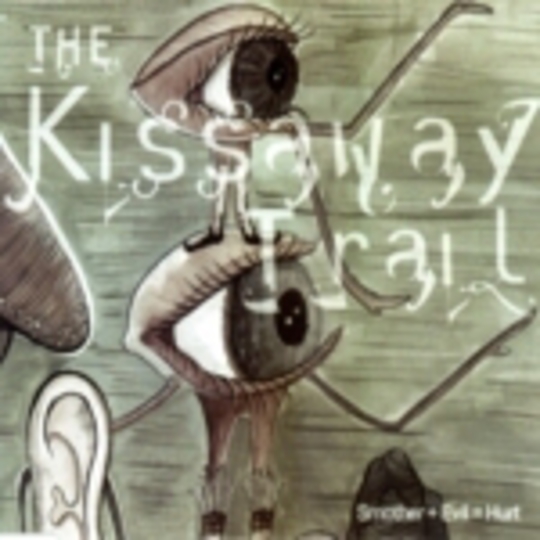 Should you believe the hype surrounding Denmark’s The Kissaway Trail – and there’s a considerable amount of it, after this year’s SXSW festival – their epic indie sound could soon see them join the ranks of the similarly grandiose Arcade Fire and Sigur Rós.

Awash from the start with dreamy, Mercury Rev-style arrangements, hushed harmonies in the verses and soaring strings in the chorus, ‘Smother + Evil = Hurt’ certainly has the magnificence of said reference points to be. The range and register of the two vocalists share common ground with Tim Delaughter, so it comes as no surprise that this could almost be mistaken for The Polyphonic Spree when the song opens up in the chorus – albeit with the angelic overtones sporting a delicious Danish twist – and the multi-tracked, choral approach to the song’s outro just drives this point home.

The two b-sides that sit alongside the title track share its method of pairing the Trail's European sound with an American twist: the acoustic version of ‘Tracy’ marries the finger-picked guitar of Jose Gonzales with the wistful vocals of the likes of Midlake and Grandaddy, whilst the more upbeat ‘Romeo and Romeo’ packs the vocal punch of Mew’s more up-tempo offerings over an instrumental arrangement you might liken to something from The Photo Album.

The title track might suggest that this quintet are actually 30-strong, but this isn't all-out exuberance; they remain in control at all times, favouring subtlety over chaos. It’s impossible to tell the fate of a band before the first single even hits the shelves, impossible to foresee the level of their ultimate peers, but ‘Smother + Evil = Hurt’ is a good start at the very least.