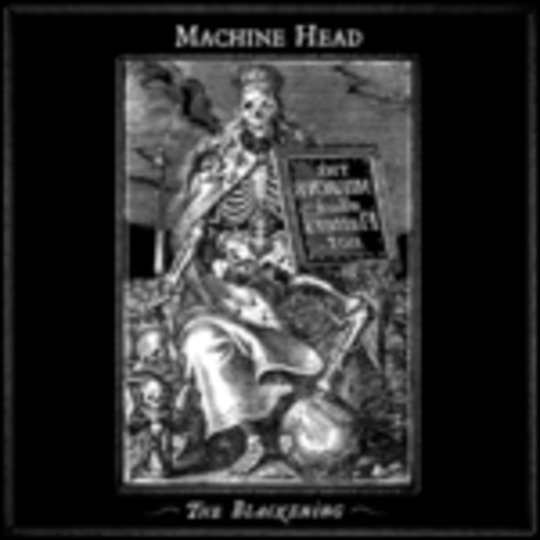 *Machine Head *are the kind of band that everyone hears the name of and wonders if they’ve actually done anything of any worth since their stunning debut album, Burn My Eyes. The truth of the matter is that they haven’t. Not really.

The Blackening finds the Bay Area quartet going back to basics and discovering they’ve already got a wealth of experience and more ideas than ever. In this album you will be pleased to find ambitious, experimental and epic tracks that are never in danger of dipping into derisory waters. It’s top quality all the way.

Opening track _‘Clenching The Fists Of Dissent’ _rumbles along placidly, lending to an acoustic intro. The tribal drumbeats that soon follow only serve to build the tension. It sounds like a bloody army. Then thunderous blast-beats are belted out to the screams of Robert Flynn. He’s an angry man and he’s here to offend you.

It should be noted that at ten and a half minutes this is the longest track but only one track is less than five minutes long. There’s the epic ambition I was talking about.

_‘Beautiful Mourning’ _swirls around menacingly before _‘Now I Lay Thee Down’ _blows your mind as it crashes around you in slow motion. There are more amazing dynamics and some heroic performances but while the rest of the album is staggeringly good, _‘Aesthetics Of Hate’ _still manages to be the standout.

The riffs are mind-bogglingly intricate and the breakdowns are intoxicatingly colossal throughout, but the key is how they’re mixed into one another so seamlessly and at such pace. Easily the fastest track on the record, thrashed out drums match the seething fury shot out by Flynn blow for bitter blow. It knots your stomach and compels you to move. It just does not get better than this.

Machine Head may have dished out some drivel over the counter in recent years but they’ve never disappointed live and after one listen you just know how amazing this record’s going to sound in the flesh.

Eschewing the ridiculous fusion metal hybrids of recent years for a heady blend of towering thrash metal was a good move. This is heavy fucking metal. There is no other label for it.