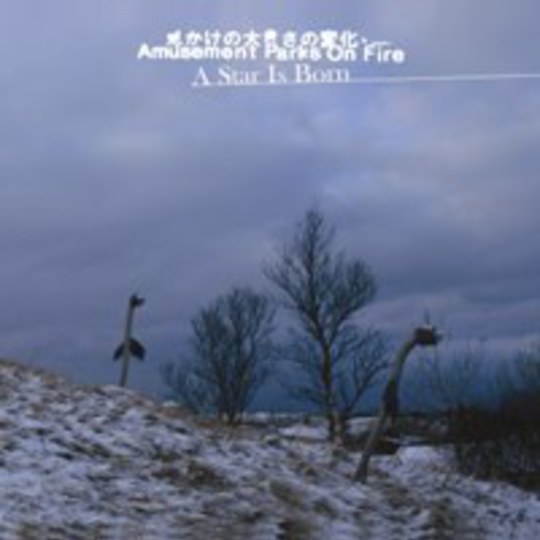 It’s an irksome cliché that casts post-rockers in the mould of ‘sonic architects’, but with ‘A Star Is Born’, Amusement Parks On Fire content themselves with building new suns, so we’ll let it stand. Their new EP is a dizzying mini-epic concerned with origin and demise, light and dark; a chilly metaphysical beauty that’s ultimately difficult to warm to.

Employing an expansive guitar sound that falls purgatorially between an Arctic blizzard and a nice Radox bath, caressing even as it lacerates, the band eschews vulgar human conceits like humour, pathos and a proper tune, aiming instead at instilling a sense of wonder through their dispassionate portrayal of the dance of the cosmos. Unfortunately, the listener is left scrabbling for meaning amid a dazzling light display of no discernible meaning.

Its component parts are impressive – the title track mixes heavenly vocals with awesome gravitational pull,_ ‘I Think Of Nothing’ is a lachrymose instrumental heaving with the kind of cosmic melancholy that’d have Jason Pierce howling at the moon, and _‘City of Light’ is a direct rocker that still somehow manages to lull the senses, its layers of distortion drizzling through your speakers like the gently-falling Chernobyl snow. Top marks, however, go to the sleigh bell-assisted ‘The Day It Snowed’, aptly titled since it sounds as lovely and full of secrets as snow-covered earth.