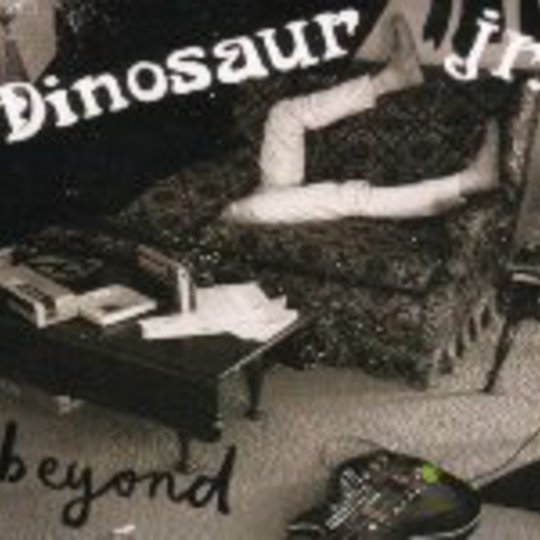 Sometime in the late ‘80s a semi-official bootleg appeared bearing the title ‘Jay Lou Murph’. Simple enough: three names, some misspelled song titles and one huge belch of noise summing up the Amherst trio’s original sonic attack. Back then Dinosaur Jr live shows were shambolic, tetchy affairs with songs blasted through, lyrics mumbled, half-arsed covers started and discarded and clear antipathy existing between guitarist J Mascis and bass strummer Lou Barlow. Shows descended into fist-fights and it was no surprise that, as the decade ended, the original trio splintered with Barlow seeking solace in Sebadoh and Dinosaur Jr effectively becoming a Mascis solo venture in all but name. Murph would pop up on the occasional Dinosaur Jr or Lemonheads recording, but soon disappeared into Massachusetts drumming obscurity. The bad feeling between the two guitarists manifested itself in some gloriously spiteful Sebadoh songs and a studied nonchalance from Mascis towards his former musical partner.

When the original trio unexpectedly reformed in 2005 for some fantastically loud live renderings of the first trio of albums, the thought of new material was pretty much the last thing on long-term fans’ minds. However, Beyond bucks the reformation album trend in that it fits pretty neatly as an addition to the original trio of Dinosaur Jr albums, namely the self-titled debut, You’re Living All Over Me and Bug. At the same time, this latest collection of songs expands on both the Mascis and Barlow solo album templates. Album opener ‘Almost Ready’ blows in on a crushing flurry of prime Mascis riffage; ‘This Is All I Came To Do’, likewise, sets its stall out early, with a wailing solo and a choppy Mick Taylor-esque Rolling Stones riff. ‘Been There All The Time’ perhaps best embodies the original Dinosaur Jr manifesto to marry ear-bleeding country & western with hardcore’s strict tempo, rushing as it does speedily to a pummelling conclusion.

Mascis has surprisingly coaxed two originals out of Barlow, his first writing contributions to Dinosaur albums since You’re Living All Over Me some 20 years ago. Frightening that, isn’t it. On initial hearing, ‘Back To Your Heart’ is perhaps the album’s high point, all crashing bass chords and classic Barlow harmonies, underpinned with another searing Mascis solo. Talking of guitar solos, the oft-heard complaint of the Dinosaur Jr doubter is that Mascis spews onto every track a succession of OTT shredding fret runs, burying the songs in amplifier sludge. But this is to miss the point, and if anything Beyond sees Mascis being more precise with his attack than any time since 1993’s post-Nevermind grunge classic, Where You Been.

But essentially the real joy is to hear the three original members locking in so tightly together. Beyond is an album not weighed down by history or indeed influenced by any of the myriad seismic shifts that rock has thrown up in the 19 years since the last recorded output of the original trio. It’s no criticism, at all, that this album sounds like it could have been released any time between their original split and now.