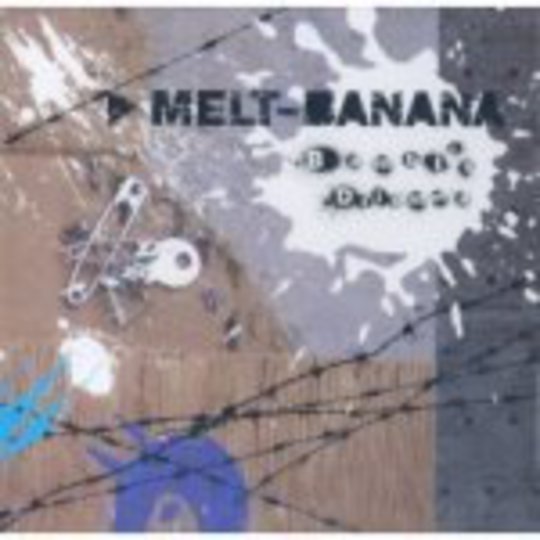 Bambi’s Dilemma – the follow up to Melt Banana's pretty-damn-fine career highlight Cell Scape – has been three years in the waiting. The band's traditional fan contingent – disconcerted with the poppier direction that the last few records have taken – will be pleased with this album. The first half sees them veer even further into pop territory, while the second is something of a homecoming with a revisiting of the half-a-minute noise explosions that defined their early releases. Whether they’re toying with 'Hey Mickey'-style vocal parts or retesting the trademark double-speed aural fuckery, Bambi’s Dilemma sends out a clear message that the Japanese trio are worth the three-year wait.

So what of these aforementioned pop parts? Those worrying that Melt Banana have gone soft should relax their apprehension – they’ve kept the ear-splitting noisier-than-thou guitar interruptions, the strange electronic interludes and the breakneck-speed rhythmic irruptions. But they’ve made more use of melody, and Yasuko Onuki’s vocals – although still indecipherable – sound even more like those of a high-school cheerleader. 'Blank Page Of The Blind' is the album’s highlight, in part due to Ichirou Agata’s ear-piercing guitar solo that carries the power of 1,000 exploding stars. It’s a potent reminder of why he’s been described as one of the best guitarists in the world, i.e. because he is.

As Melt Banana enter their fifteenth year in operation, there have been calls from the fans of the early albums to return to the outbursts of noise that gained them a reputation in the beginning. To these ears, the best Melt Banana tracks have been the ones that utilise more conventional rock structures – the earlier works always struck me as being overly repetitive. Still, despondent fans will be pleased to note that seven out of the eighteen tracks on offer here return to their cathartic noise roots – all lo-fi bursts of electronic noise and over-before-you’ve-caught-your-breath rhythm sections.

This album further reinstates their place as the finest purveyors of Japanese noise-punk. Or is it avant-punk? Who honestly cares – all that really needs to be said about Bambi’s Dilemma is that it’s Melt Banana's finest record to date, and for that, we should all be very excited. Yes, Melt Banana are in fine form.