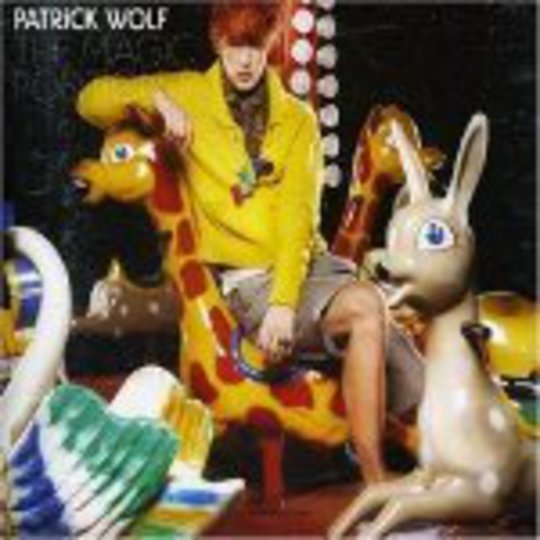 Exactly what ‘The Magic Position’ is isn’t ever made totally clear, but contemporary Bowie-alike about town Patrick Wolf is having a ball of a time however crunched and hunched his frail frame.

“It’s going to be a beautiful day,” exclaims Mr Wolf as violins and starry synths tussle for the listener’s attention about his spider-leg slender wordplay; it’s as if the powers that be at Polydor knew that the week of release would be blessed by glorious sunshine, as this is a single pushed back from an original March release. Twinkles and sparkles of modern pop-meets-Broadway extravagance propel this standout from Wolf’s recent LP of the same name to its satisfying conclusion: like all the best pop it’s a song that’s instant, memorable, yet never irritatingly so.

“Let me put you in the magic position, darling,” offers our protagonist as a climax looms – with luck and a following wind there’s no reason why this single shouldn’t make a breakthrough magic position on the charts, but even if mainstream success continues to avoid Patrick Wolf’s stirring arrangements chances are he’ll continue to bask in a glory entirely of his own making.