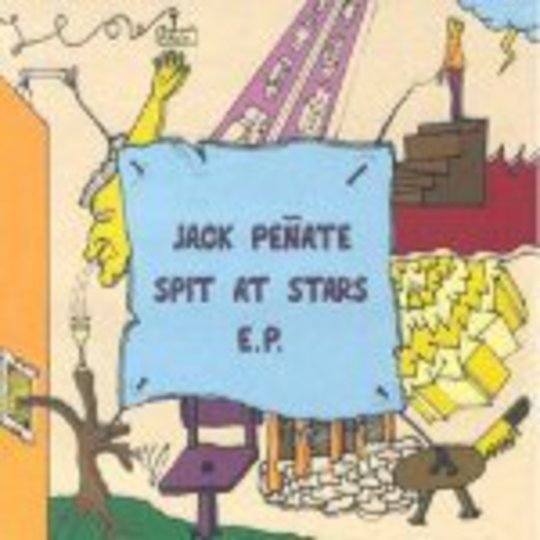 Jack Peñate is a difficult artist to quantify and get a handle on. Outwardly, he seems extremely fresh, happily devoid of most of the faux-ragga swagger of several of his inevitable contemporaries, but there are inward elements to this EP at least that stunt his growth. In influence, we see an ‘80s hall of fame featuring a vocal hybrid of Kevin Rowland and Morrissey and, on the title track, a near-plagiaristic use of a Husker Dü chorus. Ah well, he probably hasn't heard New Day Rising for a few years now.

Those inward elements, though, are implicit of a well-schooled musical upbringing but none-too-original execution. You can't find much fault with the ramshackle white soul of the slower numbers here, but the listener can't help but feel like this should be better than it actually is. The relentless and restless yammering of 'Cold Thin Line' is admirably cod, but never explodes in the way it should. Similarly, the closing 'Jack Of All Trades' should, for all its niceties, be sweeter and more considered.

This, Jack Peñate, is your problem: ideas need to be boiled a little harder, solidified and executed with less cliché and more pizzazz.