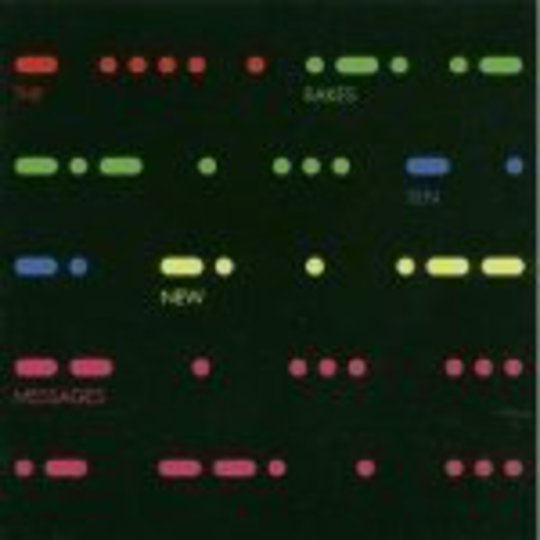 Though The Rakes have taken an approach that sees them retain their pop sensibility, a decision to tone down their Pink Flag punk credentials in favour of a far more harmony focused record has divided opinion. Whilst Capture/Release impressed with its wry descriptions of droll city life, Ten New Messages provides The Rakes with a new lease of life. Somewhat surprisingly, though, this is predominantly due to frontman Alan Donohoe’s new found talent: singing. Though Donohoe has always been an odd entity, slyly citing Nietzsche alongside blunt Wetherspoon witticisms, as his desperate croon starts, Jarvis Cocker comparisons have never been so apt.

‘The World Was A Mess But His Hair Was Perfect’ opens the record. Though failing to capture the delirium that set the original 18-minute catwalk purpose recording apart, the subtle cynicism remains (“You’ll slag off America in the pub, saying the war was shite, then in the club, drink some Bud’s and smoke your Marlboro Lights”). Cutting Donohoe remarks litter the record.

Whilst lacking the immediacy of Capture/Release, where Paul Epworth’s production was crucial to its frantic formula, Ten New Messages provides more breathing space to take it all in. The initially underwhelming ‘We Danced Together’, detailing a romantic rooftop rendezvous with the Paris riots as an unfortunate backdrop, becomes increasingly compulsive, with its faint backing vocals providing an understated depth evident throughout the record.

The theme of terror(!) is prominent. Although 'Suspicious Eyes' is a slightly dud attempt at summarising city misgivings in a post-7/7 bombings London, 'On A Mission' and 'Down With The Moonlight' document the heads-down haunt of late night metropolitan life perceptively. Elsewhere, faulty mobile communications lead Donohoe to bemoan the state of his superficial and sceptical relationship in 'When Tom Cruise Cries'. Whilst other acts will always trump The Rakes for innovation, their slightly more obscure points of reference are their essential element, and the restrain and composure applied hammer these home.

Ultimately, The Rakes have softened their blunt and focused their attention to detail. This is a far more cohesive record but at the expense of the brutal urgency so prominent in their debut. Curtain closer 'Leave The City And Come Home' is a fittingly conclusive note to end on. Sounding like a lost track from Cocker’s recent solo pursuits, it’s an exhausted retiring note, with Donohoe possessing that same charm that confuses with whether it's all gushing nonsense or perceptive tongue-in-cheek. Either way, Ten New Messages further illustrates The Rakes as perfectly capable of impressing outside of the comfort of their 9-to-5 sarcasm-ridden shtick.