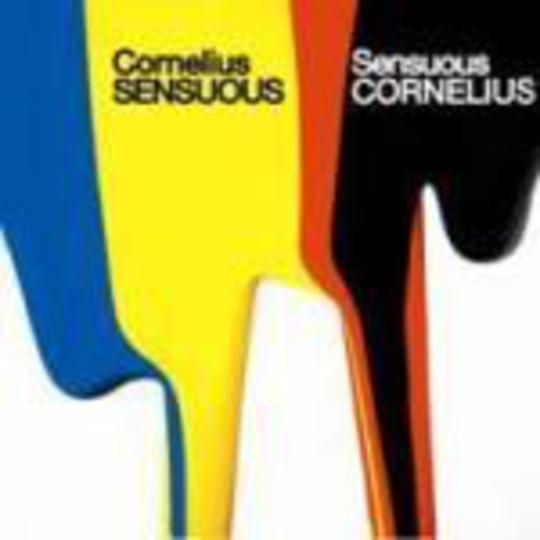 First up, a confession: I’m a newcomer to Cornelius. Having been inexorably drawn to his new album by the tractor-beam allure of epithets like ‘the Japanese Beck’, and heard Good Things about his remixing work with the starry likes of Bloc Party and Blur, I thought it was high time to see what the fuss was about with this enigma of the Far East.

Second, a love-letter: Sensuous, Cornelius’ first offering since 2001’s acclaimed Point, is a deft canvas of ambient electronica that’ll repay your curiosity in spades. One caveat: if that Japanese Beck quote is still ringing in your ears as you read this, better dismiss it now – much as we love him, the So-Cal shapeshifter’s mission statement stops well short of this sort of cracked-mirror avant synth-pop. Maybe Eno’s a better template, particularly given his obsessive ear for textures, and arguably the sound owes as much to Aphex Twin’s early ambient work as it does Beck’s cut ‘n’ paste postmodernism.

A composer-ly sense of control permeates throughout, underlined by the appositeness of that title – it’s surely no coincidence that ‘sensuous’ nails the tone of the album more succinctly than this reviewer could ever hope to articulate. Suppressed funk guitars keep metronomic time before billowing into nebulous clouds of reverb, broken-English syllables ping-pong across your speakers (this is one record that'll sound great on your iPod) and bleed sumptuously into electronic washes of sound.

The title track opens the proceedings in fine style, an otherworldly, not-quite melody unfolding over ringing octaves played on an acoustic guitar, Cornelius sending off-kilter high notes spinning off into the ether. Then he cranks things up a notch with the bewildering ‘80s funk collage of ‘Fit Song’, like Prince hosed down with liquid nitrogen and shattered into a million pieces. Next up, ‘Breezin’’ stands out as the first moment where everything comes blissfully together, staccato triplets of warm synth ‘n’ vox blossoming into a gorgeous multi-tracked vocal which descends from the heavens like a choir of plasma-screen televisions. Elsewhere, ‘Watadori’ recalls the airy touch of Can circa Future Days, while standout ‘Beep It’ sounds like some inspired Kraftwerk/‘Billie Jean’ dreamt up by a DJ at the most leftfield disco we’ve sadly never been to.

Cornelius’ palpable techno-love brings to mind one of those utopian visions of the future where everyone wears flowing white robes and gets along just fine; it’s that same irresistible strain of neophilia that gets Björk out of bed and into the studio of a morning.

Think of Sensuous as like walking round a modern art museum: sometimes difficult to fathom, always a perverse thrill. Let’s hope we don’t have to wait another six years for him to paint his next masterpiece.