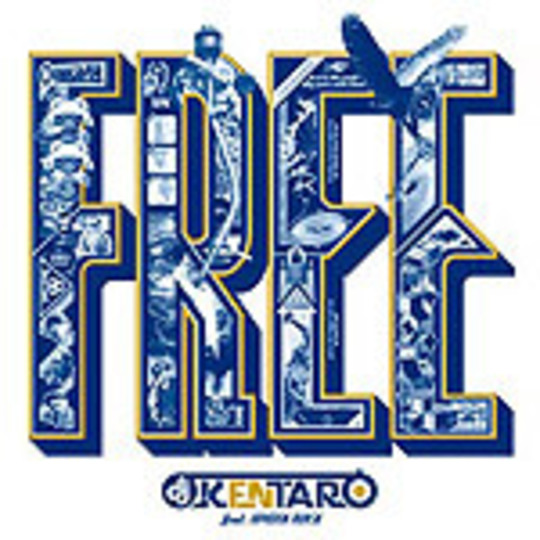 Ninja Tune apparently snapped DJ Kentaro up after he won the DMC World Final in 2002. Kentaro's been hurling mixtapes out since before then, and in October of 2005 Ninja Tune let him have his way with some their back catalogue which saw release in the form of On the Wheels of Solid Steel. Having heard neither, Kentaro's rep alone is enough to warrant interest in his planned release this April, Enter.

In the meantime, his first salvo for 2007 is 'Free', a track that trades on the usual bootie an' ho bump-and-grind that's prominent in a lot of mainstream hip-hop, but a couple of original kinks make it sound unique. High-trilling samples squeal throughout the choruses while squelchy beats and bass anchor the jovially disgusting tirades from Spank Rock (Baltimore's heirs-apparent to the 2 Live Crew). Even though elements of this track sound all-too-familiar, the method and the assembly don't, and the overall impression the track leaves is the sense that it’s a cut above the usual mainstream schlock.

Aside from an instrumental version (great) and an a cappella run-through (like, what's the point?), the single contains two more remixes of 'Free'. You get the Armani XXXChange Remix, which is starts out on big beats with minimalist guitar trills and then blossoms into a gorgeously smooth low-rider awash with violin flourishes, and the Bodyshake Remix, which switches up between harsh electronics and pulsating disco beats.

You also get two b-sides in the form of 'Tasogare Highway High' and 'Scratch It'. The former is the stronger of these two, all lazy beats, record scratching and porno track horns - this puppy could soundtrack a lazy day by the pool in the sunshine, or a blue movie, depending on which way your mind's running. It's as strong as the single, and goes a long way towards proving Kentaro doesn't necessarily need Spank Rock to contribute filthy rhymes to put a track's credentials on a plate. 'Scratch It', on the other hand, starts off with Spank Rock on a loop yelling "Shake dat nasty body! Shake!" for over a minute, and then lopes along on a buzzing bassline with hardly any percussion at all - not so good.

Even with the filler, though, the Free EP is worth a look, if only as a taster of what to expect from Enter. Hopefully it'll lean less on what hip-hop's mainstream expects, and more on turntable pyrotechnics. Kentaro's production is as slick as all hell, and the lad has shown he can string a pretty respectable hip-hop number together. Now show me what makes a DMC champ...