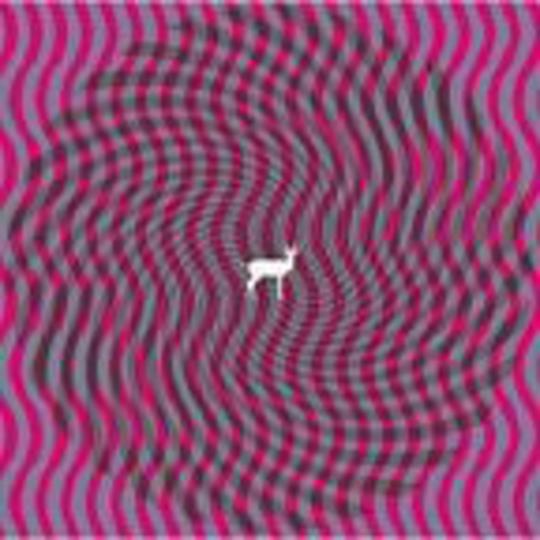 A strangely heady brew, this; an album that knows not its place in high-street store racks, nor in the hearts of those that clasp it closest to their chests. Deerhunter is, on paper, a quintet from Atlanta, Georgia; when channelled through stereo cables and speaker cones, though, they’re so much more than a mere assemblage of constituent parts.

This is music on a par with Drum’s Not Dead-period Liars – mixed and messed up, uncertain of its specific role in the music world, but undoubtedly achieving something through doing a whole lot of weirdness that, at times, drones like next to nothing. The trick is that Deerhunter pull off their soundscape moments with considerable beauty – like so many other acts that’ve found a home on Krany these last whatever years, their drifting shards of melody glitter and glow under a blazing sun of scrutiny, never once losing a sheen of magnificence.

When the five-piece pull their gloves off things get pumping: Deerhunter are no one-trick ponies, content to craft enveloping arrangements that head nowhere and are wholly unhurried. At times the dancing shoes get dusted off and eleven gears are shifted through – what was a record of immersion twists and spits the listener out onto a damp street corner, a flickering lamppost overhead illuminating jerks and jives, impossible to control under such conditions. Again, let’s return to Liars – like the Berlin via NYC trio, Deerhunter sink deep into wide grooves from time to time, sending the listener spinning into a trance. ‘Lake Somerset’ is just one example of this.

Recorded in two sessions though it was – the wonderfully warm-feeling ‘Red Ink’ being the dividing line – Cryptograms nevertheless sounds absolutely coherent; the sequencing allows the listener space to breathe at the most opportune moments, and its leaps from ambience into adrenaline-soaked enthusiasm for hand-clap-happy high-jinx are worthy of celebration. The dip in and out sort of alternative music fan could call this a further leftfield take on the _Funeral _template – a little sadness, some glee, and everything wrapped up in a strikingly attractive package.

Those of a more discerning nature will need no obvious boxing of impossible-to-pigeonhole material, and will more than likely already have this on their To Buy list. Cryptograms is fantastically fun to dive into – really, don’t delay in doing so.