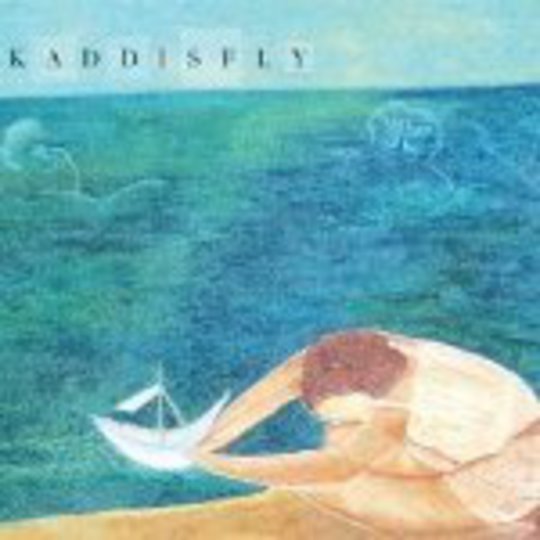 There is a massive difference between what a band aspires to be, and what it is. Case in point: Kaddisfly. Shit name aside, they seek to be the forward thinking art-school tinged band of the Incubus demographic. Well… maybe not specifically Incubus, but you know that sort of modern rock radio-friendly outfit tinged with some indie / underground street cred. Set Sail the Prairie is meant to be a “sonic journey of spectacular, highly innovative musical wonders” (can you smell the trite?); in reality it bounces off the music radar, landing somewhere between ‘radio friendly’ and ‘creative exploration’, but not really in either camp.

At times it touches on some intellectual song structures, guitar lines and shizzle that are interesting. Not mind blowingly innovative – we’re not talking Zappa wanking off Thurston Moore – but enough to raise an eyebrow. There is however, an overall lack of substance, which makes it difficult to really satisfy… kind of like when you’re skint and have the £1.19 Double Cheeseburger instead of the Big Mac. Nice, but it’s never going to hit the spot. This sort of artistic meandering without definite aim is typically the domain of musicians given access to a big fuck-off studio and a stash of free coke, but as this Portland five-piece had to borrow their instruments to record, it’s probably unlikely.

No doubt fans of Dredg and Coheed & Cambria’s b-sides will dig this and fill the below discussion board with witty repartee like “you just don’t get it, this is one of those albums you have to really spend time TRYING to listen to” (copyright Captain Beefheart). Maybe so, but any possible fence-sitting was quashed by the cringe-worthy Ay-may-rican accent that endures for 70 minutes. It’s that generic vocal style those Lostprophets fuckers adopt in their ‘smash hit pop song’ (snicker) ‘Last Summer’. If I am ever arrested for treason or some other such bullshit and sent to Guantanamo, I promise to tell the guards EVERYTHING if they force me to listen to this accent over and over and over again.

It would be unfair to completely write Kaddisfly off, but this is certainly selective listening for those who can handle whopping big doses of this sort of stuff. Maybe the most irritating thing about this release is the potential constantly in sight just over the horizon, but never reached.