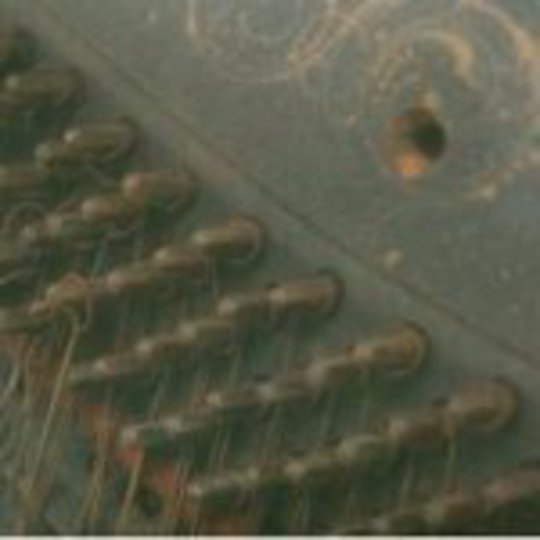 It’s rare, really, that post-rock stands up to repeated listens, however allegedly wonderful the act in question is. So far this year shelves have been graced by the epic Enjoy Eternal Bliss by Kentish quintet Yndi Halda, but although it received a nine outta ten on these here pages, its longevity is questionable: there are only so many times a single song can have you welling up before your emotions build a barrier to block said affect. The same, sadly perhaps, should also be said of Explosions In The Sky, whose recent All Of A Sudden I Miss Everyone didn’t really build upon the band’s existing foundations, however lovely (and it was) the record was realised.

Do Make Say Think, a Toronto-spawned five-piece initially formed to soundtrack a play, have never been ones to touch their audience with immediacy and fail to let loose their grip – their material, available since 1998, has always been slow to sink in, and it doesn’t claw as sharply as that of many a peer. They do not rely on easy tricks. It’s an organic process, the digestion of the latest DMST record, and You, You’re A History In Rust is no different in this respect to, say, its immediate predecessor Winter Hymn Country Hymn Secret Hymn, released what feels like way back in 2003. It’s a record of many subtleties, each of which is entwined by a dozen more; it’s a record that cracks and groans with each inhalation, as if strapped tight into an old rocking chair. It sounds as its title suggests – rusted by the rigours of a history that continues to roll by, uncontrollable and incessant.

Percussively, this collection finds drummer David Mitchell at his very best – opener ‘Bound To Be That Way’ sets a fantastic tone with its rippling work around the kit, beats balanced between absolute bombast and delicate tickles. But this is expected – the members of DMST are renowned masters of their chosen trades, which is why the band remains so revered, with each album incredibly anticipated, this far into their career. What’s not on the cards in an obvious sense is vocals: ‘A With Living’, the bearer of that verse-chorus-verse promise made by Constellation a while ago, will blindside the odd aficionado.

Surprises, though, aren’t really DMST’s forte – they’re able, effortlessly so it seems, to convey true emotion through their music without the need for lyrics, and while it’s neat to hear the band use them, the few words scattered across You, You’re A History In Rust really don’t set it head and shoulders above anything the band’s achieved previously. This is_ a step onwards, granted, but when a group’s so ahead of the game anyway, the distance covered from point A to B doesn’t really matter. This is a wonderful, intoxicatingly special album that deserves to be cherished, and played and _played; its only failing, really, is that it’s unlikely to stir the souls of those never previously touched by these Canadians’ own history.

Oh well, the ignorant majority can keep rewinding their old cassette of Young Team and watch Planet Earth ‘til their hearts are sore from all the chafing.