Live: Beside You In Time (DVD) 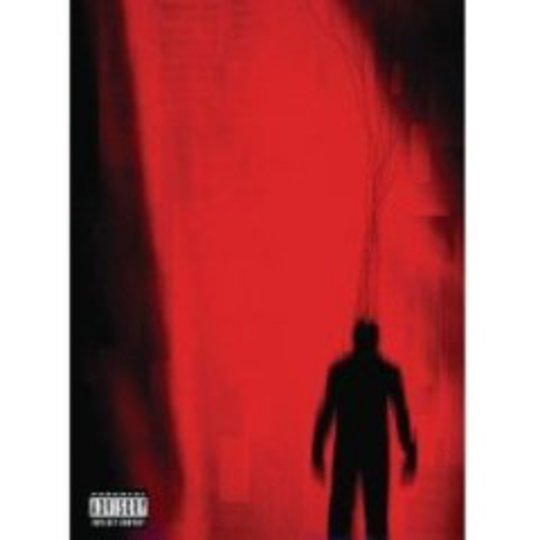 One of Trent Reznor's undoubted influences, Prince, used to say that when he changed his band line-up the set would have to change, sometimes quite radically, because the new band would have different strengths and weaknesses to the old. Consequently, some of the greatest hits or fan favourites would disappear and be replaced by new tracks.

For NIN's With Teeth tour of 2006, featured on this DVD, the line-up includes Josh Freese of A Perfect Circle, Aaron North of The Icarus Line and Jeordie White (aka Twiggy Ramirez) of Marilyn Manson. It has a rawer, grungier feel than the Fragility line-up, mainly due to the chaotic guitar style of Mr North, but when DiS saw them live last year (click here to see the review), despite North warranting an exciting mini review of his own, the show was found wanting.

Before we begin, a benchmark: NIN's DVD of 2000's Fragility tour, Live - And All That Could Have Been, is probably the best concert film I have seen by any band, and it absolutely tears me up that I never saw them live at that time. The band were on fire, and managed to recreate the beauty within the studio records but explode the laboratory electronica into something real, human and glorious. (DiS reviewed the accompanying album here).

Live-Beside You In Time mainly features a show from the winter USA leg of last year's With Teeth tour. Obviously, being in the comfort of your own living room doesn't have the same sort of adrenaline-fuelled feeling as being there, but unlike experiencing the band truly live, this way you get a chance to really listen. The thing that made their previous live film truly great was that forensic analysis revealed extra brilliance; here, though, it reveals some flaws. While the band's sparkling punk energy make out-and-out industrial metal songs like 'Wish', 'Gave Up' and 'March Of The Pigs' really explode, when it comes to any delicacy or precision it often falls apart... mainly due to the anti-precision of the anti-hero of DiS's aforesaid review, Aaron North. In another band, Cobain-ising the guitar parts and bungee jumping around the stage might be the best thing in the world, but when it comes to the kind of eerily beautiful lead line that characterises Nine Inch Nails, you need to make sure you nail it (ouch – pun editor) before worrying about which amp you're going to kick over. His energy and passion are unquestionable, but his timing and tuning are frequently all over the place.

Hell hath no fury like the fan scorned, indeed, but if you ignore the way the band's sloppiness turns a beautiful song like 'Something I Can Never Have' into a dreary sludge, or the way North's loose interpretation of melody trashes the intro to 'Eraser', when the band gets into big riffing territory, it is still capable of jumping from the page. Perhaps it is a matter of Trent Reznor wanting to move on in some way. Aaron North certainly goes some way to subvert the machine origins of a lot of the music, but it feels like a dimension has been lost in the process. Having said that, the simpler stripped-down songwriting that heralded With Teeth is dealt rather better justice than the soundscapes of old, and the two-track finale to that album, 'Right Where It Belongs' and 'Beside You In Time' are awesome, aided and abetted in no small way by the incredible visuals. For these songs the band perform behind a gauze screen onto which film footage is projected like a cinema, through (and onto) the audience. The band are individually lit, and the effect is to make it seem as if both them and the audience are in_ the films being shown. Whether the images are twisted anti-war polemic, as in the former track, or pure abstract as in the latter, it is a really powerful effect. Just like at Brixton, the set closes with _'Hurt', which is at last handled with a bit of delicacy. As to the song being sealed and buried with Johnny Cash, while the Man In Black's imminent death added a tearful and ironic poignancy, Trent Reznor still sings it like he means it, and all the audience chipping in at the tops of their voices only enhances that.

The DVD also includes five songs from the summer US tour, (which has a different, but also excellent, light show), David Fincher's CGI video for 'Only', three live-in-rehearsal songs featuring Jerome Dillon on drums, and the video for 'The Hand That Feeds', evidently recorded at those rehearsal sessions. In a way it's a shame that they couldn't have recorded a whole album live in the rehearsal room, because it sounds tighter and more powerful than the subsequent live shows, though this has little to do with the change of drummer. (Dillon dropped out of the tour with heart problems and, when he recovered, chose to stay out rather than rejoin.)

Of course, the other thing about watching NIN in my living room is I can do it again and again. The things that got my back up on first and second viewing might become less important than the whole, and there's always the skip button if a song like 'Eraser' proves to be a little painfully rendered. If Nine Inch Nails hadn't set such a sky high standard with Live - And All That Could Have Been, then who knows... maybe I'd be ecstatic at seeing this for the first time? As it is, it's a bit like wondering how a football match would have ended if a goal hadn't been disallowed.