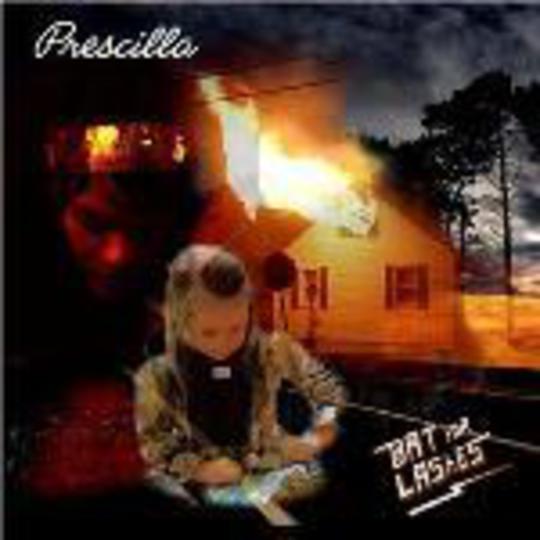 Stomp clap-clap stomp: thus begins ‘Prescilla’, the latest slice of (misspelt?) sweetness to be lifted from Bat For Lashes’ Fur And Gold long-player. Only is it? No, actually: the buy-twice factor’s in full effect here, ish, as this is a quite wonderful re-recording of the track found on the aforementioned debut album.

A bigger, bolder arrangement brings additional life to what was already one of Fur And Gold’s perkiest pieces – brass is tooted and additional percussion dances joyfully around Natasha Khan’s anchoring vocals, which as always are thoroughly enveloping. She possesses the sort of voice that could sultrily whisper the shipping forecast and have hairy sailors swooning, desperate to get back to shore and straight down to their local record store.

Although the accompanying for-critical-eyes-only information refers to this new version of ‘Prescilla’ as “raw”, it’s really not – it does have a live band feel to it, but it’s still as perfectly sweet as the already initiated would hopefully expect. If this is a sign of what’s to come on album two – a greater emphasis on a full-band sound – then we’re absolutely excited about Khan and company’s future.

Live: Beside You In Time (DVD)