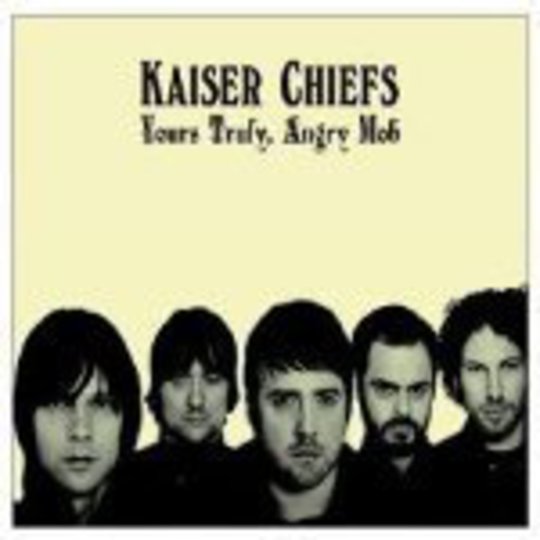 Once upon a time there were five blokes from Leeds who decided to form a band. Obviously disillusioned with the small-town philosophies of their immediate neighbourhood, they wrote punchy little ditties about local council estates, sitting on top of royalty and, ultimately, pleading to have their faces splashed across the cover of any magazine that would have them. But no one wanted to know them. They subsequently disappeared without many tears being shed.

_Or_, rather, they retreated into the background, changed their name, and altered their sound to something distinctly unrecognisable from their previous incarnation. After all, the potential had been there in their early days, even if the songs weren't. So with the preparation for a timely second coming in place, all that was needed was that evasive hit single. And, of course, some kind of catchphrase or idiosyncratic annoyance that radio listeners nationwide could latch onto over their cornflakes and sudoku.

A few million album sales later and * Kaiser Chiefs* were a household name. Some might say that their success had more to do with the ‘right place, right time’ adage than any particularly outstanding song-writing ability, but nevertheless Employment and its subsequent singles were milked for all their worth, long after initial releases.

What that also meant was that the band's audience changed drastically, almost overnight. The quintet evolved from their days as Parva, entertaining glitter-clad indie kids in the company of Halo (remember them?) and Easyworld (thought not...), to genuine pop stars and friends of Bono. As Kaiser Chiefs, the band quickly established themselves as the mischievous voice of merchant bankers and salesmen the land over.

Two years have passed since Employment, and for all the criticism that record gets today even its most vehement haters have to admit it was a record of its time; it was, maybe, the iPod generation's own Parklife. Therefore, the levels of expectation surrounding its follow-up were always going to be astronomical, particularly as most of the class of 2005 on both sides of the Atlantic - Bloc Party being the obvious exception – haven't exactly set the world alight or released anything even remotely touching the same quality as the tunes that established them in the first place.

Perhaps the biggest criticism of the Kaisers, even when they were vaguely credible, was directed the way of the irritating "Woah-Oahhh-OAHHH"s that seemed to punctuate every song. It is my pleasure to inform one and all that on Yours Truly, Angry Mob they have dispensed with said trait. Unfortunately, that is perhaps the most positive aspect of this record: despite having toured the world incessantly for post-Employment years, Kaiser Chiefs seem to have settled for the humdrum, ambitionless settlement of Blandsville.

The signs weren't good from the choice of Yours Truly, Angry Mob’s lead single, 'Ruby'. Number one though it was, I'm sure most people would agree the song wouldn't have achieved b-side status in the halcyon days of 'Oh My God'. The single, sadly, proves to be one of the better moments on a record that, despite taking almost two years to release, actually sounds and feels like a chore rather than something the band enjoyed being part of.

Even the song titles hint at a band stuck in an unfortunate hiatus of creativity: 'Try Your Best', 'Everything Is Average Nowadays', 'Thank You Very Much'. It really is painfully dull to read the songs, let alone listen to them, and lyrically there isn't anything here to match the dry sarcasm of 'Every Day I Love You Less And Less' or the eerie wit of 'Modern Way'.

On the title track singer Ricky Wilson appears to have penned his own 'Mr Writer', as 'The Angry Mob', with its "...we read the papers every day, we like who we like, we hate who we hate, but we're also easily swayed" refrain, is clearly a pop at the fickle but (in most cases) fair nature of journalists who've obviously rubbed the band up the wrong way. Thing is, lads, you're only as good as your last record.

The closing statement that is 'Retirement' probably sums up this record best, though, as Wilson opens proceedings by announcing "There are many things that I would be proud of, if only I'd invented them, such as the wheel". The sad thing is that while nobody expects Kaiser Chiefs to be re-inventing the wheel, we do_ expect a pretty rock-solid, perfect pop record. _Yours Truly, Angry Mob most definitely isn't rock solid or perfect in any sense.

But back to ‘Retirement’, briefly, which winds down with a repetitive chorus of "I want to retire, no longer required...". This record suggests that Kaiser Chiefs have already got their pipe and slippers to hand, and with a selection of their original fans sure to be alienated by the unlucky 13 offerings here, that statement of intent may come back to haunt the five-piece sooner than they bargained for.

Whether they are capable of coming back from this – and let's not forget that they did turn the form book upside down once before, by coming back so successfully after Parva’s misfortunes – remains to be seen, but Yours Truly, Angry Mob is an almighty let down. Disappointing given the amazing expectation and predictable hyperbole? You bet.

Season of The Sun / Smoke & Pain