Season of The Sun / Smoke & Pain 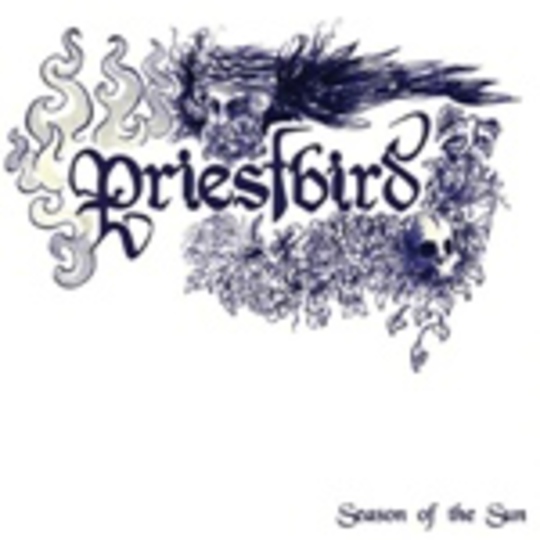 Priestbird, formerly know as Tarantula AD, have returned with a single that continues in a similar creative vein to previous album Book Of Sand.

'Season Of The Sun' is a dramatic tapestry of instruments - cello, drums, guitar and myriad other sounds build in a casual fashion, readily exploring sonic landscapes that are so far removed from the straight and narrow fashion of most rock music today. Indeed, a full two minutes elapse before the introduction of vocals that give 'Season Of The Sun' much needed shape. The song eventually leads to a cacophonous conclusion, which includes a guitar solo that will red the cheeks of those unsympathetic towards the prog-rockers massive scale and excesses.

The b-side, a live version of new track 'Smoke And Pain', starts off with all the sludgy bombast of Lysol-era Melvins: guitar and drums working together as a fire-breathing two-headed dragon of repetitious destruction. Of course, this song wouldn’t be Priestbird without a characteristic change of direction – a piano breakdown takes the fore just as the song seems to reach boiling point, allowing you a moment’s breath before the band sear the rhythmic theme on to your skull once last time.