The Dance Of Death 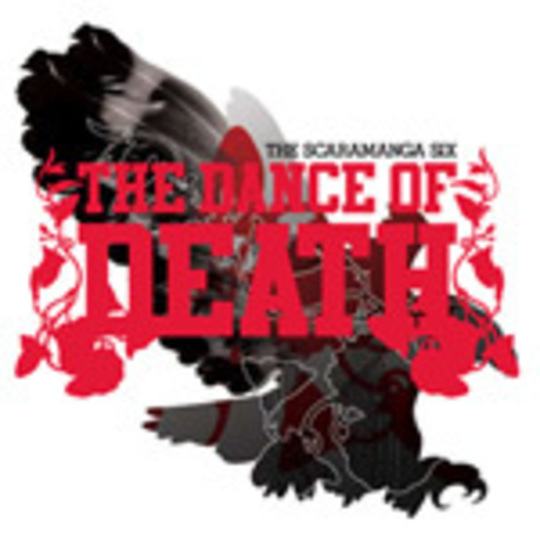 Having grown up with the firm understanding that progressive rock = BADDDDD, it takes something pretty damn unique to turn that ingrained theory on its head.

There was something to do with the advent of punk rock - or rather one John Lydon - which essentially held the belief that anything lasting over two minutes with a complicated middle-eight and pseudo-classical instrumental solo was wrong. Then, of course, Lydon formed PiL, and the goalposts disintegrated dramatically.

Now that time has moved on and people aren't afraid of letting their influences seep out of the closet, the mix 'n' match philosophies that would have been sneered at less than a decade ago are now welcomed by anyone with a spare bass amp, mic stand and snare. Which is just as well: Leeds visionaries The Scaramanga Six probably wouldn't exist otherwise.

The Dance Of Death sounds like 'Bohemian Rhapsody' after being stripped down into ten segments by Kwikfit before each one was rebuilt by a team of three-chord wonders with alarmingly distinctive falsetto voices. What is quite ironic about this record is that the band actually recruited their new drummer (Anthony Sargeant) from a Queen tribute band to add that extra touch of ‘authentic pomposity’ - or not, as the case may be.

Whatever the purpose of it all, The Dance Of Death is as grandiose a record as anyone who'd previously listened to The Scaramanga Six would expect, with the Morricone brothers Paul and Steve in fine form here both in their songwriting ("I am the man from Helvetica!") and the delivery, such as on the epic finale of 'The Towering Inferno'.

As this is their fourth long-player, even the band themselves probably stopped dreaming of lucrative recording contracts a while back, but any A&R scouts currently foaming at the mouth over fellow Leeds pomp 'n' grandeur merchants Wild Beasts would do well to check these out first, if only for the fact that these guys actually sound like they really mean it, maaaan.

Now isn't that a novelty?