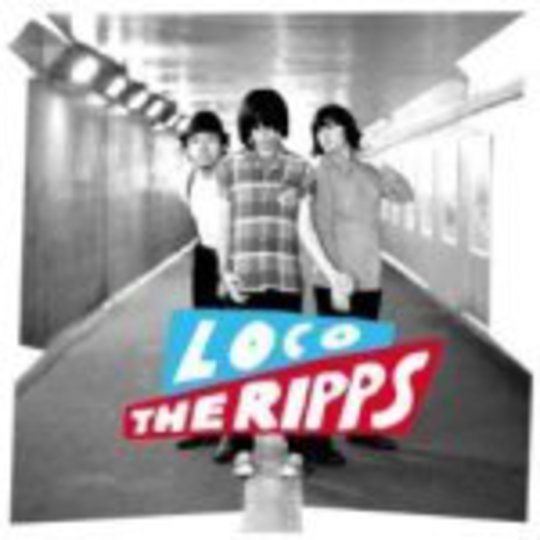 The Ripps are a band that could annoy me. If the media were to spread their legs for their passé brand of retro ‘70s punk, then I can imagine I’d start to hate them – y’know, in the same way that The Fratellis became the object of everyone else's meticulous hate last year. As it stands though, they aren’t going anywhere, and the only place I’ll be hearing them is on their promotional single sitting on my desk right now.

The incessant chorus on ‘Loco’ sucks dry any praise that, perhaps, might be warranted for the song. Before its first appearance, I was quite enjoying its over-before-it’s-even-started stature, three-chord riffs and ‘I’m going to talk rather than sing’ vocals. Admittedly it’s standard indie fare (Buzzcocks-lite for a generation too lazy to check out its grass roots), but these conventions are much more appealing than its gradual demise as a product of the chorus. It may be catchy, but seeing how many words ‘loco’ rhymes with isn’t going to win me over.

Being a punk band and all, you’d expect them to be spitting vitriol with some kind of social commentary. They woefully fulfil this cliché on the b-side ‘Too Much Too Young’ – a song which sees them attack young parents in Coventry. Please, just leave, you’re embarrassing yourself.

The Dance Of Death