Listen To Your Left Brain 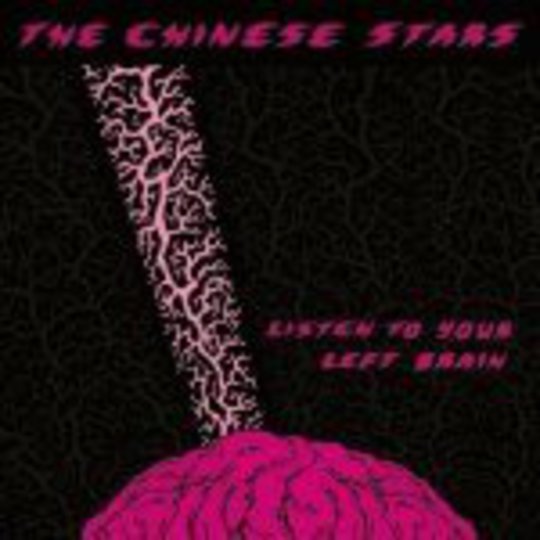 The Chinese Stars’ second LP, following 2004’s A Rare Sensation, finds the former Arab On Radar/Six Finger Satellite players in splendidly sleazy form. Much like said debut, Listen To Your Left Brain pulses like the throb of a vein somewhere naughty, while Eric Paul’s repeated “There are good girls… and there are BAD girls” refrain – on only the second track, ‘Cold Cold Cold’ – lays the band’s proverbial cards on the equally proverbial table respectably early on. This is for the BAD girls.

At only nine tracks long, Listen To Your Left Brain is wise not to outstay its welcome: this hi-hat-heavy brand of dance-punk has been done almost exponentially to death already, however discordant this outfit’s guitars from time to time. All swaggering hips and dribbling lips, the songs unfold in a thoroughly sticky manner – ‘Bored With This Planet’ is a first-listen highlight, its bass line filthy in the extreme. It’s the sort of song no man alive would be able to resist dirty dancing to.

Elsewhere songs do segue together in a sense – there’s little difference in approach from track to track, and it’s only when the four-piece truly excel at their craft that Listen To Your Left Brain becomes memorable. Still, if it’s a party album you’re after for the forthcoming season of summer barbeques, and your invited guests are of a slightly perverted nature, this’ll flick all the right switches.